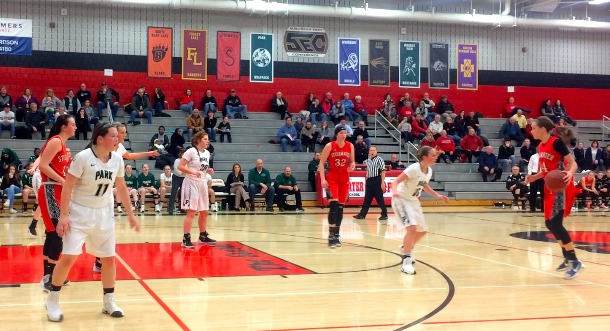 Scalia is trying to escape the opponent. "I started playing basketball because my dad wanted me to," Sara said. The ponies play the Mustangs.

Scalia is trying to escape the opponent. "I started playing basketball because my dad wanted me to," Sara said. The ponies play the Mustangs.

The gym is silent as the spectator’s gaze in sophomore Sara Scalia’s direction. The ponies are three points away from winning the game and the pressure is on Scalia to make the free throw shot: swish. Scalia shoots the ball straight through the hoop and the crowd goes wild.

My goal this year is to get into the 1,000 point club and I’m 35 points away with seven games left.”

Sara has been on girls varsity basketball since eighth grade. She is currently a sophomore and when she steps on the court her presence is felt throughout the gym. She is a leader for the girls basketball team.

Growing up in a basketball family

Scalia’s dad, Peter Scalia, also played basketball in high school at Centenary High School. Later he moved on to the University of Louisiana as a shooting guard. Throughout Scalia’s basketball career, her dad has been coaching her on the sidelines and cheering her on.

“I like playing basketball because my dad played it in college and he was really good,” Sara said.

Sara’s sister, Taylor, also played basketball. Both her and her sister were on varsity when Sara was in eighth grade and were an unstoppable force. They worked well together and were known as the “Scalia Sisters.”

Senior sister Scalia commented, “We pushed each other to be the best and I knew I could push her a little harder to be better because she is my sister. It’s easier to be rougher on her.” Scalia added, “It was exciting to see her strive as a basketball player being that she was the youngest on the team, so I always would take her under my wing when the upper class men would get mad at her for not passing the ball.”

Role on the team

Scalia explained, “Now more people look up to me and in eighth grade I looked up to older people.”

Sara plays basketball year round which allows her to make a lot of teammates and friends.

Sophomore and teammate Taylor Brady said, “Sara creates a very energetic fun playing environment and makes the game enjoyable for all on our team.”

Scalia commented, “My goal this year is to get into the 1,000 point club and I’m 35 points away with seven games left.”

Another one of Scalia’s goals is to play basketball in college.

“I want to play in college and if I did it would be at the U of M because it’s close to home,” Scalia said.

Scalia plays a key role in the ponies eight victories. She has made some amazing accomplishments throughout her basketball career. 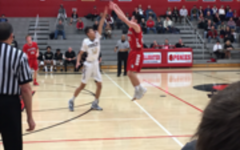 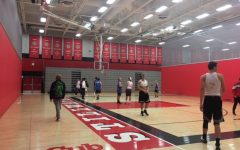 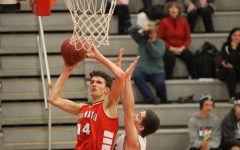 Boys basketball starts off behind, looking to improve 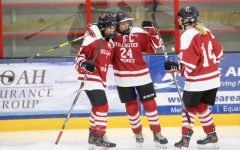 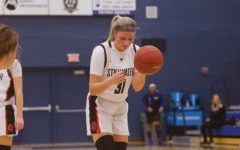 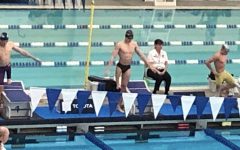 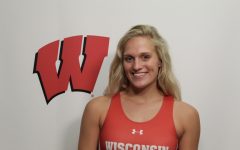