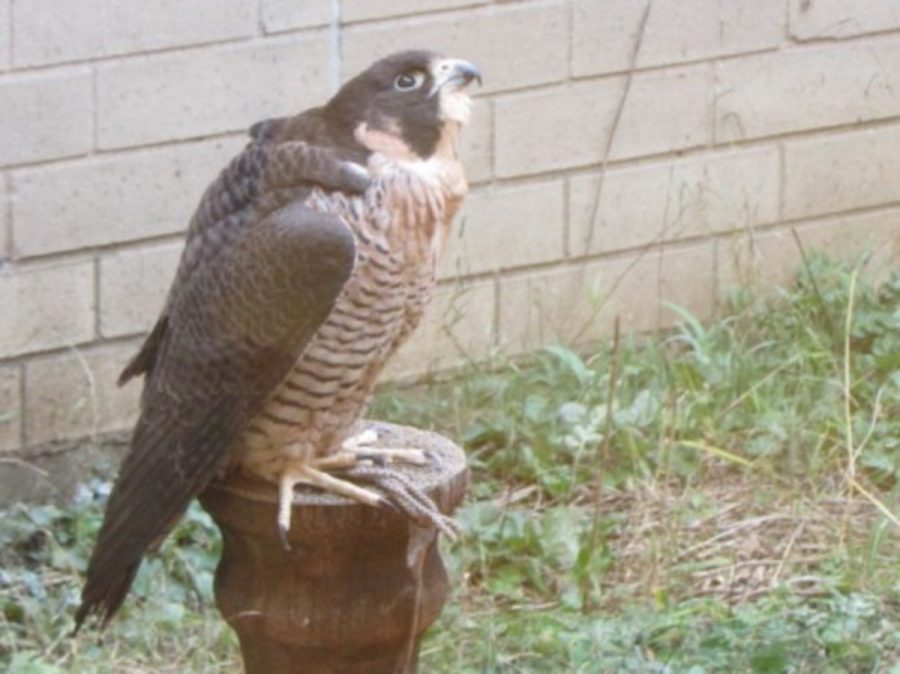 Gallery|5 Photos
Andrew Weigel
Pickles, a female peregrine falcon owned by biology teacher Andrew Weaver sits on her perch in the science courtyard during the school day on Nov. 23. "The school has 3 pairs of breeding falcons, which produce an average of 8 chicks per year," Weaver explains.

From a quick first glance, the room appears cluttered. Then after further inspection, it comes to light that everything is in it’s place, there are just so many things in so many different places, that it appears disorganized. There are taxidermy mounts along the back wall and hanging from the ceiling, aquariums on the counters, and labs in progress fill the rest of the empty counter space.

Thus is biology teacher Andrew Weaver‘s room throughout the school year. Weaver’s desk is another story, though. The desk is deliberately messy. One item on the desk in particular stands out: a large brown collar, with an antenna sticking out of a rectangular protrusion. Weaver plans to use this collar, which costs around $3000, to track a deer in the Environmental Learning Center (ELC) behind the high school.

“Stillwater is lucky to have received many grants from companies such as Medtronic. [It allows us] to put a fancy, expensive, GPS collar  on a white tailed deer to study urban deer populations,” Weaver said.

Weaver has attempted to catch and track deer in the ELC for several years now. 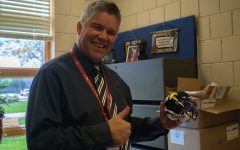 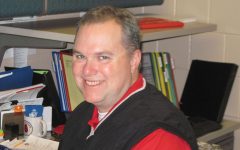 “One of the neighbors, adjacent to the ELC, had pheasant that kept visiting her bird feeder. So I went over there, and I set a [funnel] trap… and told her to call me if we caught one,” Weaver said.

“In the past, when we have caught a deer and collared it… it has been a really great learning experience for the kids,” Weaver said.

Weaver has collars of all shapes and sizes, and he has put various types of radio collars on many other types of animals other than deer, including raccoons, opossums, and even a pheasant.

Eventually, Weaver received the call. He told the woman to “shove a pillow in the funnel,” which she did, “with a very fancy pillow”, Weaver added. The pheasant was collared, and tracked around the ELC for some time.

“Radio telemetry is useful for many reasons. You can learn about an animal’s movement, their migration(s), if applicable, their territory expanse and more. With the ELC deer, we hope to track how far and where to these urban deer go, if they cross the highway [36], etc,” Weaver said. “The most common fate for metro deer is getting run over by cars,” he added.

A fiery passion for the outdoors is ignited early

Always curious about the natural world around him, Weaver’s passion for biology began when he was very young. As a kid, he raised many different birds in his yard near the Mississippi River in Anoka, MN including many types of ducks.

“My brother and I mowed lawns to get money with which we bought ducks from this guy in Eagan. We had wood ducks, mallards and pintails running around our ‘menagerie’,” Weaver explained.

Then, while in high school, he stumbled upon the book North American Falconry & Hunting Hawks, which introduced him to the world of falconry, flying raptors to hunt game.

A master falconer is incarnated

Later, while attending the University of Minnesota Morris, Weaver kept his hawk at the house of one of his professors, and continued to improve his skills as a falconer. He became a general class falconer, then he achieved ‘master’ class, the highest class possible.

Weaver is one of few MN falconers, he is “one of Minnesota’s cadre of about 60 licensed falconers,” Dennis Anderson wrote in a Jan. 2014 Star Tribune article reporter.

Mr. Weaver is an eccentric, but enthusiastic teacher.”

In addition to teaching and falconry, Weaver is on the Carnelian-Marine-St. Croix Watershed Committee, and is a member of Marine Fire and Rescue.

Turn over to teaching

In class, Weaver has a very distinct teaching style, which can sometimes be heard in classrooms down the hall. Even more pervasive, however, are the smells originating from his room. His students seem not to be bothered by the smell, though.

“Sometimes the smell is just… terrible, but Mr. Weaver just has a way of turning it into a [funny] situation [rather than an unpleasant one],” said Sophomore Kate Schmiechen, currently in Weaver’s AP Biology class.

“Sometimes, I don’t even know where he is, but he is [a great teacher],” said Schmiechen.

Weaver connects with his students outside of class as well. Last year, he mentored Kyle Stivland to become a falconer. He also runs a deer hunting archery club at the high school with Todd Kapsner, an Industrial Technology teacher. In the fall, kids in the club learn to hunt deer with a bow and arrow and are mentored and taken hunting by ‘experts’.

Whether teaching, flying raptors or helping his community, Weaver is an exemplary role model, one who should be held in high regard. As he puts away the deer trap until next spring, one can only hope that next year the deer cooperate a little better and Weaver can track the animal across the ELC, which is a much harder task than tracking Weaver throughout his day.