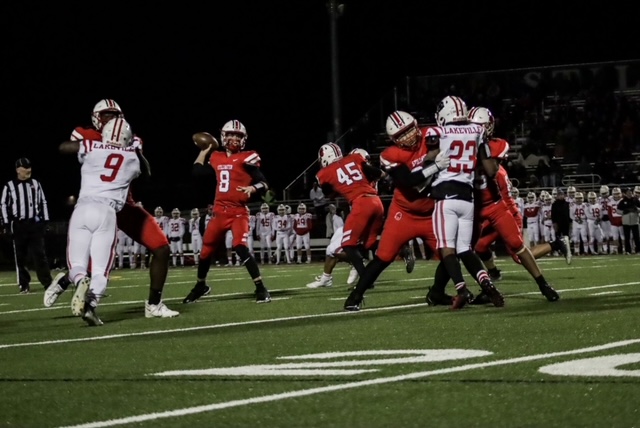 The offensive line is blocking for quarterback Max Shikenjanski to have enough time to throw a pass to a receiver. The Ponies won this game and continued moving forward in their amazing 2022 season. Looking at the type of gear the team used last season along with number of injuries compared to other schools shows us that gear is a crucial part of injury protection.

The Stillwater Ponies ended their historical football season after a tough loss to Lakeville South on Nov. 11 in the state quarterfinals.

Senior Tom Blair takes leadership to heart and said, “actions speak louder than words and when the team sees you having that heavy impact on the field, they rally behind you and I think that picks up the team.”

“Was it not only gratifying, but I was just really happy for our kids, for our coaches, and for our community which has been very supportive to us,” head coach Beau Labore said.

The Ponies are always prepared on game day, and the coaches put a lot of time and effort into making sure the team is prepared. They put so much time into football that they are basically working a second job. Labore said he and the coach’s work somewhere between 70 and 80 hours a week, sometimes all seven days a week, and during the season working 40 to 45 days straight.

Defensive back is considered one of the hardest positions to play in football. In order to be successful, they need to prepare and focus on what they need to do. Defensive backs go through specific things at practice to help get them ready for the game.

“We figure out how the opponent is going to try and beat us in the passing game, kind of like their favorite passing plays. Then I try to break down the skills the DB’s need to cover those specific routes. We make sure our DB’s see those routes multiple times throughout the week.” Granger Taft, defensive back coach, said.

Due to a lot of inexperience there were a lot of questions going into this year about how good the defense was going to be for the Ponies. They started somewhat shaky and rough, but as the season went on they improved immensely which led to them being one of the toughest defenses in the state.

After the Ponies successful season they look to get right back to the state tournament and make a run for the state championship. 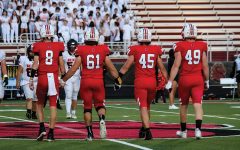 Football continues the legacy of 'giving is receiving' 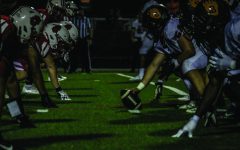 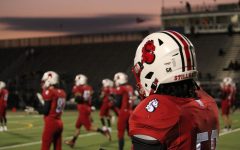