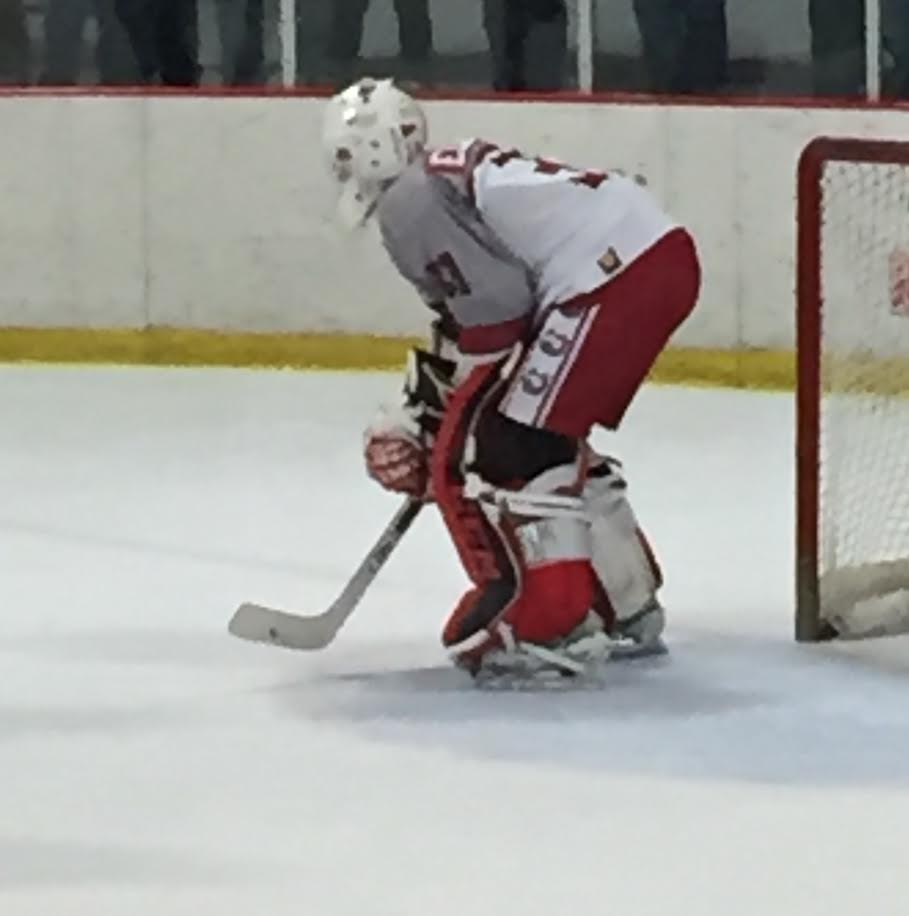 Seth on the ice, further from the goal and observing the game. Even in his experiences as a mite player, he would rush back to defend the goal despite being put at forward. “I would always volunteer to bring the equipment home,” Seth says. (Olivia Weirtz)

Seth on the ice, further from the goal and observing the game. Even in his experiences as a mite player, he would rush back to defend the goal despite being put at forward. “I would always volunteer to bring the equipment home,” Seth says. 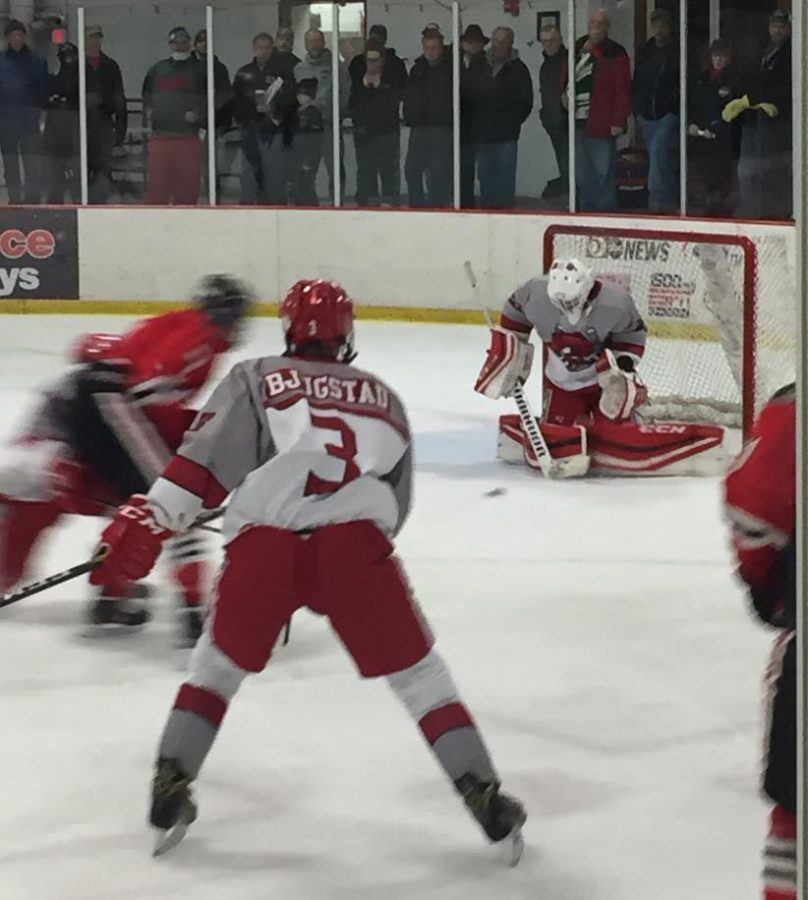 Gallery|5 Photos
Olivia Weirtz
Seth blocking a shot by Lakeville North. “Being six foot five is a nice bonus because he covers so much of the net, but he is also great at being in the right position at the right time to make a save,” senior Michael Kaufman says.

Hockey goalie, Seth Eisele, has been working his whole high school career for this season, when he would become the varsity starter. With taped up red pads, Seth stops countless goals, adding to the team’s momentum and giving everyone a little extra hope for an appearance by the ponies at the state tournament.

Seth has been playing goalie for as long as the mites coaches would let him take the community pads home. He insisted on playing only goalie, despite the expectation that every player try every position. Fast forward to high school and he is still dedicated to the position, practicing with his goalie coach even on Sundays, a designated day off for the team.

Until this year, Seth had been playing under Josh Benson, a 2016 graduate, who was the starting varsity goalie for his entire varsity career. Seth waited patiently, learning and practicing and has proven his right as the starting goalie for this season.

You learn to walk and then the next year you’re learning how to skate.”

“Seth is a huge asset, he keeps us in games by making big saves and giving us energy,” senior forward Mason Bartosh said.

Seth has worked hard to get his abilities as a goalie to this level of excellence. He struggled to recall when he even began playing hockey, but he knows it has been in his life since he was very young, as it was for most varsity hockey players.

“You learn to walk and then the next year you’re learning how to skate,” Eisele said.

His time in other positions was short lived and Seth has now been playing goalie for nine years. He has earned some close teammates and friends throughout his hockey experience in high school, as well as the younger leagues.

“I grew up with these guys, these guys have been my best friends all the way through and I’ll definitely miss them the most,” Eisele said.

Leader on and off the ice

As the goalie, Seth serves as a leader and role model on the team. He takes losses hard, but inspires the group to strive for better outcomes and is an encouraging presence.

“Seth works great with the guys. He is always working just as hard as anyone else and always challenges us,” senior forward Michael Kaufman said.

Hockey in the future

Seth plans to play in the juniors league next year, to further his hockey career even more. He is currently planning to play in the North American League, however this could change depending on future offers. He can reflect back on his high school dedication and attribute that to his success.

“You need to really work at something if you want to be good at it. It’s not just going to come to you,” Eisele said.

Seth continues to work toward his goal of playing division 1 hockey and is hopeful for the rest of his season and career in the juniors. He plays a sport and position he loves and has allowed it to become a major source of happiness and success.

“I always was meant to be the goalie,” Eisele said. 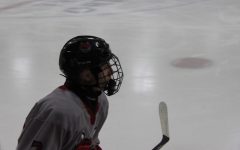 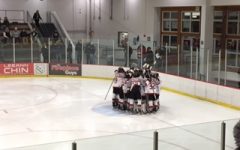 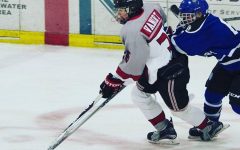 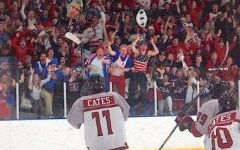