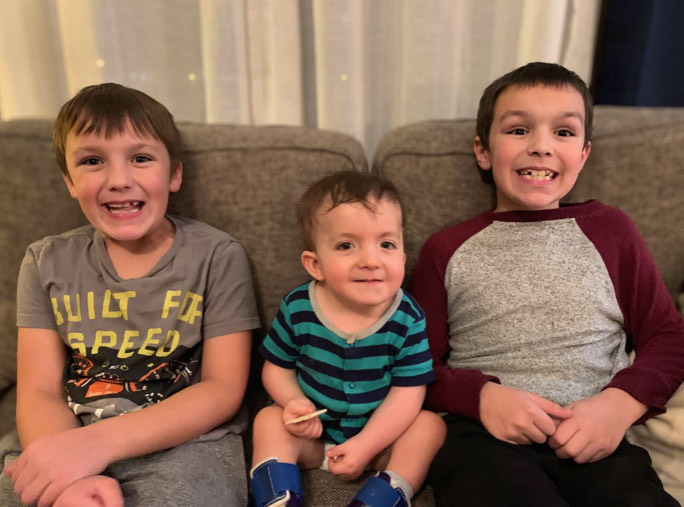 Andrew Smith’s three children. Smith is a beloved English teacher, who has gone through many hardships in his personal life.

Smith family encounters many medical scares with their children

After a restless night, English Teacher Andrew Smith woke up on October 20th, 2009, alone in his house. His wife was still at the hospital with their son after giving birth the day before. He, however, was up at 6 a.m. and his brain was set to teacher mode.

Just after getting out of the shower his phone rang. The nurse’s voice on the other end of the line said, “we need you at the hospital.”

Smith had not eaten anything because sometimes you just know. After getting the call he got himself dressed and out the door as quickly as possible. It was odd for the time of day, there was not much traffic getting to Children’s hospital from his quaint Woodbury residence. The weather was gross, just slate gray and a flat aspect everywhere. But after parking and checking-in, he was met with an urgency of people to rush him down to his wife and son. It was a rough morning.

“I got there in time,” Smith said. “But my biggest regret is that I didn’t take enough pictures. I wish I had taken more pictures.”

Straight from the first ultrasound, the Smiths’ parental experiences were irregular. Michael, their son, was diagnosed with a condition called Arthrogryposis, meaning a number of conditions together, affect the joints. Because of the ultrasound, they could pick up things like club feet, and that Michael was not moving a lot. They could still discern heartbeat, but it was clear, he was gonna have a lot of challenges.

After the C section, Michael was experiencing difficulty right away. He was getting some oxygen but not enough. The team of doctors  immediately went into giving him oxygen and intubating him. He fought every moment, but that was it, Michael did not make it.

“I lost the better part of a week,” Smith said. “All I can remember is caring for my wife. We had  two dogs and they were both very emotionally in tune type animals. They were freaking out and they would just kind of trade off which one of us they sat on. While we were just, inconsolable.”

The one thing the Smiths were told after Michael’s death, “It is awful to go through such a thing. But the chances of having someone else with arthrogryposis in your family is like lightning, after you’ve had one child that doesn’t happen again.”

Returning to work after the tragedy was extremely difficult. The day he came back, a handful of Smith’s former students stopped by his classroom to console him. Smith remembers conferences were just around the corner, but a colleague stepped in for him. He was not ready to talk to other parents about their children.

Through hardships, however, Smith made a lifelong friend. His colleague and fellow english teacher Ing-Mari Ryan. “My husband and I have a daughter whose had six open heart surgeries, as well as a heart transplant when she was three and a half. We tend to empathize with Mr Smith and his wife and family. Medical procedures are just a lot for a family to have to navigate,” said Ryan.

Two years after Michael’s passing, their second son Lachlan was born a healthy nine-pound baby. “The first ultrasound was very difficult, we were really concerned. But, he was okay,” Smith said.

Later, in 2013, their third child, Ronan, was born. Ronan was also a healthy baby, at hefty ten pounds.

You can’t do anything about it. You know, you can’t change anything. You can’t go back to anything, you can only control how you deal with it. And it was very challenging.”

When the doctors take babies from the maternity ward, they put them in a clear tray, almost like putting the child in tupperware. Ronan was able to touch the tops of his fists to his toes, he filled the tray. Ronan was just here, which has been his personality ever since. He’s very different from his brothers. He is a wrestler, a very active and forceful kid.

Things were good. Parents make it look quite easy, but kids are a lot of work. However, the Smiths decided to have Malcolm, their youngest.

Lachlan would have been very content as an only child, whereas Ronan was extremely excited by the news of their brother, Malcolm.

“We were in the ultrasound room again. It was very much like the very first experience, with Michael, and we were freaking out when Malcom was diagnosed similarly to Michael. However, we had to collectively keep ourselves together because we had Lachlan and Ronan with us,” Smith explained. “It was a case of how we reacted, we knew would forever color our children’s interaction with their little brother. I think the toughest thing was honestly, because you need to grieve, you need to move on, and  you need time to process, and we never wanted Malcolm to be any lesser in their minds.”

Doctors told the Smiths that this doesn’t happen twice so they were both grieving and confused. Both Mr. and Mrs. Smith went and got their bloodwork done because there is far more genetic testing available in recent years than in 2009, when Michael was born.

They learned that Michael was misdiagnosed years earlier. In actuality, he passed from was an even rarer genetic birth defect called Escobar Syndrome. A syndrome which is a form of arthrogryposis multiplex congenita and features joint contractures, pterygia, and respiratory distress that is often misinterpreted as Arthrogryposis. The difference is actually a 50 percent chance in every child of the family. Even though they weren’t aware, each one of their children had a half and half chance of getting the defect.

Malcolm was born about five pounds and was immediately brought to the NICU. After being born in July, he did not come home until September of 2018.

“It was very difficult because it was a lot like taking the worst moment of your life and having it replay in front of you,” Smith choked. “You can’t do anything about it. You know, you can’t change anything. You can’t go back to anything, you can only control how you deal with it. And it was very challenging.”

The same year as all of Malcolm’s medical drama, Smith dealt with major back problems and was out of his classroom sporadically. “As an English department, we’ve supported their family, for example, we made meals for them and such,” Mrs. Ryan said. “You just can’t predict what other life events are going to happen. And it’s even more difficult when you’re trying to navigate a bunch of medical experiences from your child as well. Thus, we all supported him with that.”

Malcolm is now two years old, “he has had probably half-a-dozen surgeries by now. Whether or not he will be able to walk is still in question, but he is healthy” Smith commented.

For right now, Malcolm will need some form of assistance. He is fed, not entirely, by a belly tube that food is pumped through, although he doesn’t care for it. He also found that he enjoys milk and smoothies. He is starting to figure out that if he drinks more milk and smoothies, he will not have to be on the pump as long, which he is liking.The hope is Malcolm will eventually be able take all of his food orally.

If he gets a cold, however, it affects him to a greater extent. His parents are typically having to administer oxygen quite a lot whenever he’s sick. Which make Covid a scary place to live in for a medically fragile child like himself.

“We’ve just been able to celebrate the normal parts of life,” Ryan said. “Part of it is, when you are colleagues and friends it’s different than just being friends, so there’s an uncertainty of how to do manage. But I think when you lose a child or you have a child that’s got significant health issues, that aspect of just being a human and having connection is what’s most important.” 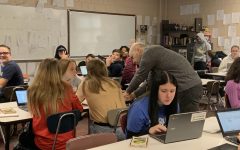 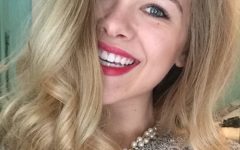 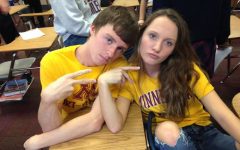 Twins at birth, friends for life