The boys swimming season is underway, and the boys are looking for success as usual.  So far there has only been a single conference relay race, which is not a huge deal to the team, but the swimmers are still swimming exceptionally well and are looking forward to a great season.

The boys swim and dive team has an undefeated streak dating back to their 2014-2015 season. When compared to the girls swim and dive team’s streak of 149 consecutive duel meet wins, the boys streak of around 20-25  may not seem like a big deal, but the fact that there are some very competitive teams in the boys conference needs to be taken into consideration.

On Dec. 7 the boys had their first competition of the season at Stillwater Middle School. Although the relay meet does not have much significance in the overall scheme of things, it was a great way to see what point the swimmers are at so far and how they may do during the rest of the season.

“The conference relays help us to set conference goals. I thought we had a great showing,” Head Coach Brian Luke said.

The swimmers also felt strongly about their performance at the meet. Although it may not have been a very significant meet, it was still a win for Stillwater, which extends their undefeated streak into the season.

According to the swimmers, there is only one main goal for the season: Do well at true team state. The best the team has ever done is second place at the tournament, and they hope to do at least that well this year.

“True team state is going to be very competitive this year, the best we’ve ever gotten is second, if we can get that again this year that would be awesome, but we always want to try and get another step up from that” senior captain Jon Busse said.

I think this [win streak] means a lot for a lot of people on the team because it means we have something that we have to hold ourselves to rather than just trying to achieve another thing.”

The coach and swimmers have a few more goals for the season on top of placing highly at True Team State. The goals are similar to what the team achieved last year, so they are definitely attainable.

Things are looking good for the boys swim team. They have high hopes and aspirations and are looking to keep this win streak alive, “I think this [win streak] means a lot for a lot of people on the team because it means we have something that we have to hold ourselves to rather than just trying to achieve another thing” Busse said. 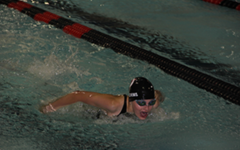 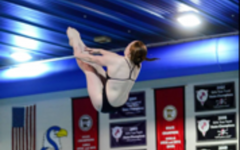