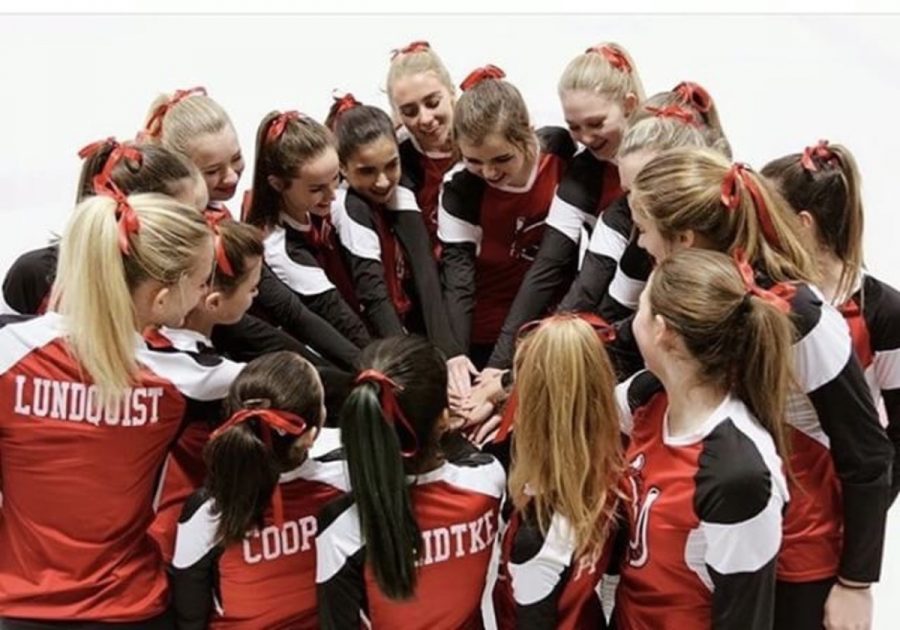 Winter sports have started and the figure skating team is experiencing new changes.  Last year, they performed at the beginning of each of the boys and girls varsity games.  Now, they perform only at the weekend games, and they stand on the ice at each game while the national anthem plays.

Stillwater’s figure skating team this year has about 21 skaters, this year has been a success so far with the games.  The fans have given them great deal of respect as well as the school.  At their last game, each of them received a rose for appreciation.  With coach Kayla Johnson and this years caption is senior Amelia DaBruzzi (who has been on the team for 4 years) they have made a good start.

“The team has worked hard to get to the spot they are now”, DaBruzzi said.

The team this year has faced challenges with not performing at all the games and now just weekends.  This came in place this year due to the other school’s teams saying it was taking time away from the game.  The other schools also thought that it was making the games longer which meant the players would get home later on the weeknights when they had school the next day.  The teams practices has also been cut to shorter amounts of times, and they only practice on Saturdays every week.

“Skaters are required to practice outside of varsity practices”coach Kayla Johnson said.

Every Saturday the varsity skaters meet at the St. Croix Valley Rec Center in Stillwater to practice.  There practices endure there routines that they have and other things like technique and working on their skills to make them better skaters.  Each skater is required to skate outside of Saturday.  Most of them skate in clubs, and they also perform in the summer at competitions.

I love seeing the girls progress over the season.”

“I love seeing the girls progress over the season” Capitan Amelia DaBruzzi said.

To get on the team there is a try out.  The coach and captain sit and watch each individual skater.  They look for the technique and how they are with the other girls to see how well they can work as a team.  They also look at how many years they have been skating and with which clubs they skated with.  Girls in grades 8th through 12 can try out.  This year the team is made up of mostly underclassmen.  In the past year, there were more upper then lower classmen.

“The highlight of the season is performing at the hockey games” junior Kendra Lundquist said.

The team is going to continue to work hard to keep up their efforts and improving their routine for each game.