Recreational marijuana will cause harm 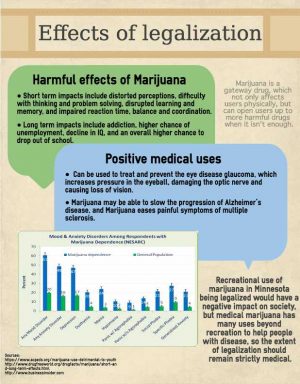 In early Feb. of 2017, legislation was introduced to the Minnesota government aimed to allow the recreational use of marijuana in Minnesota. Other states in the U.S. have passed similar legislations to legalize the drug. The truth about the matter is marijuana is a gateway drug that introduces people to harder, more costly and ironically illegal drugs, and having it legalized in Minnesota would only increase the problem of illegal drug use.

The issue of legalizing marijuana has been an issue in many states and currently is legal for recreational use in eight states, but 20 more have legalized it medically, including Minnesota. The legislation for Minnesota recreational use was introduced by two different Minnesotan Representatives, Jon Applebaum of Minnetonka and later by Tina Liebling of Rochester. Applebaum in particular sees the drug as more of an economic opportunity.

“I envision an economy being created where cannabis products are grown by Minnesota farmers, transported by Minnesota carriers, and sold by Minnesota small businesses,” Applebaum said on CBS Minnesota. When money is the objective, the lucrative and relatively young Marijuana industry shows much promise, because of high demand and the lack of supply, because it is illegal in many states.

The economic potential of the Marijuana industry, is the main driving force behind legislation in government, but the possible social side effects have either been overlooked or out weighed by the benefits the drug could have on the market.

Marijuana itself is a gateway drug, which means it opens up the people who use it to try other, hardcore drugs when it is not enough to satisfy. Even beyond its potential to open up users to other drugs, it can have negative effects on health such as the inability to concentrate, short term memory loss, lack of focus and affect coordination.

A fact about the cannabis market in states that have implemented the legalization, specifically Colorado, is that even though it is now legal to sell, the drug dealers still control much of the market because of the high taxes on growing and distributing the drug legally, as much as 30 percent. The amendment in Colorado was originally crafted to get rid of the black market for the drug, but it has not done a good job when people can get the same if not better drug from a dealer at half the price they would be paying to get it legally.

The market for this drug is really the only driving force behind legalization and the governments of these states have simply realized that they are missing out on a prime opportunity to collect on taxes. The marijuana market in colorado is a multi billion dollar industry, and the mindset they have is, why not take advantage of this natural source of revenue? It is the societal impacts that the policy makers failed to address when legalizing weed, and its short term and long term effects will impact people just like any other intoxicating substance does, like alcohol and cigarettes.

Even though states have passed the legislation to legalize the recreational use of marijuana, the action of legalization would not be advantageous to Minnesota because of its vast societal effects and the impact on the health of its users. The only necessary action for the drug would be to legalize the medical use of it because that helps people, not hurt them like recreational use would. 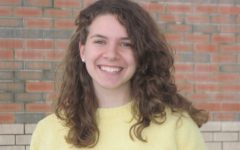 Marijuana should be treated as a disease, not as a crime