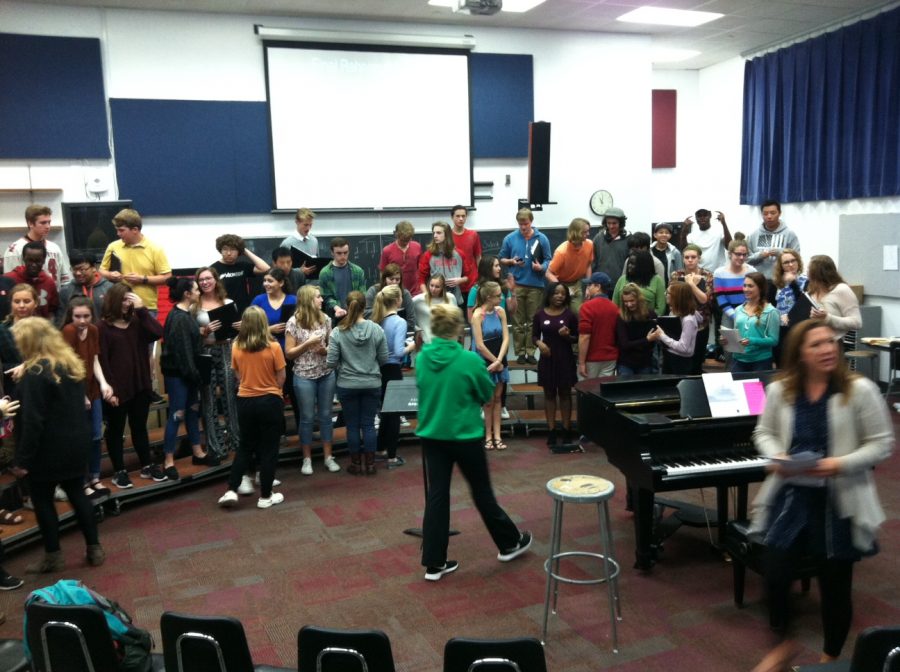 Gallery|5 Photos
Jack DeGonda
The Choir lines up on the risers to prepare to sing one of their pieces titled, Tykus Tykus by Vaclovas Augustinas. This song is written in Lithuanian, and poses a tough rhythmic challenge for the choir. The lyrics tell of a beautiful woman who is enticed by a warrior, but he leaves her to fight in battle. This piece signifies one of the reasons that the Concert Choir at Stillwater is held to such a high standard, because of the ability of the choir to learn it accurately and in good time.

She is very outgoing, and does a good job connecting with the students. She teaches in more of a music theory orient, meaning we learn a lot more about the music we sing.”