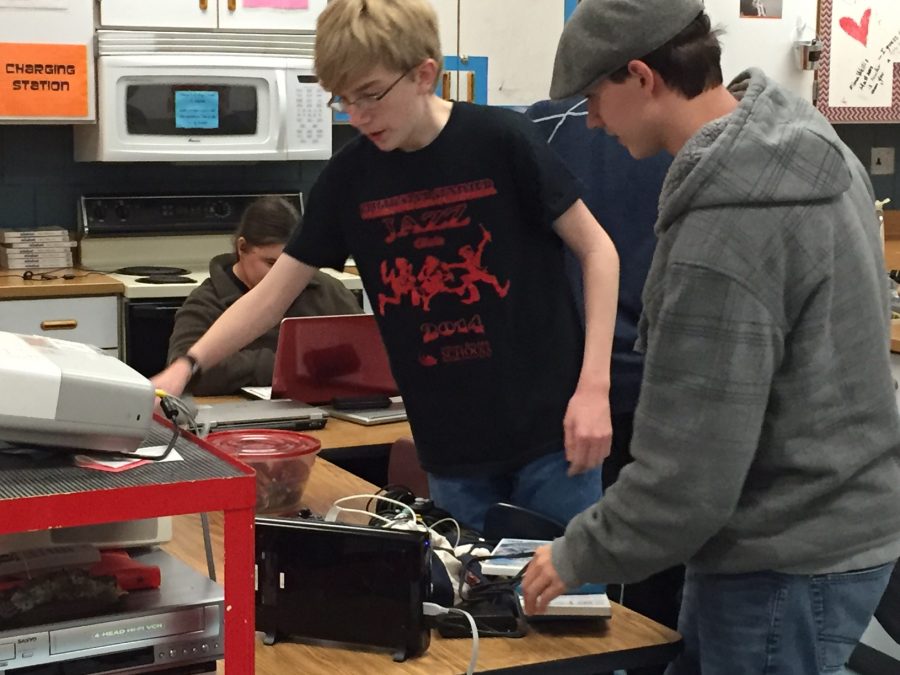 Sophomore Andrew Barton, one of the club’s creators prepares a video game console to be connected to a projector. “I was looking through the club list hoping to find something I was interested in. I found nothing into video games or anything geeky, so I thought, ‘Why not make it myself?'” Barton said.

Video game club was created because there was not a club that catered to students who enjoy video games.  Now, with video game club’s creation, video game lovers have a place to meet.  It’s a good way for like-minded people to meet and get to know each other.

“I felt like there wasn’t really a connection for people who play video games.  We have anime club, we have art club and we have drama club.  So my friend [Barton] and I thought we would start a video game club, ” Olds said.

With the creation of the club, a supervisor was needed.  Bartlett was chosen for that position.

“I would assume the club would go for a long time, because I don’t see video games going anywhere. They have been here since the 80s and we have a really big turnout for a Friday afternoon. I can imagine it will be around for as long as people are interested.”

“They probably came to me because I teach a video game coding class, or because I’m a big nerd myself,” Bartlett said. “I’m definitely a joy stick kind of girl, so all the old Atari games and the vintage ones, like the 2D games, not really the newer stuff.”

Video game club takes place on Fridays, in Bartlett’s room, B102.  At the club they do what would be expected, they play and discuss video games.

“We meet only on Fridays, usually until four, depending on how long Mrs. Bartlett is staying,” Olds said.

Gaming can also have positive effects on students and video games have been shown to have a therapeutic values.  They are seen as a way to escape the hassles of daily life and just relax.

With Black Friday, and later Christmas, many new games are coming out and they are a hot topic among the members of video game club.

“I own a 3DS, I don’t own a Wii U, which is what I’m hoping to get for Christmas. There are a lot of games coming out on that, which I am really looking forward to.  On that has come out recently is Mario Maker, which looks like a lot of fun,” Olds said.

Video game club might be seeing some changes.  The club has only met a handful of times and is still being molded into an even more fun club.

“We’ve only met three times… I would like to see them hold some competitions or do something within the community with younger students,” Bartlett said.  “I’d like to see a little more focus, but I don’t have any pressing expectations at this point.  By the end of the year we can start looking at where we want to go, but right now we are still attracting people.”

The club will continue to meet on Fridays for most likely the rest of the year, because the club doesn’t have an end date set.

“I would assume the club would go for a long time, because I don’t see video games going anywhere.  They have been here since the 80s and we have a really big turnout for a Friday afternoon.  I can imagine it will be around for as long as people are interested,” Bartlett said. 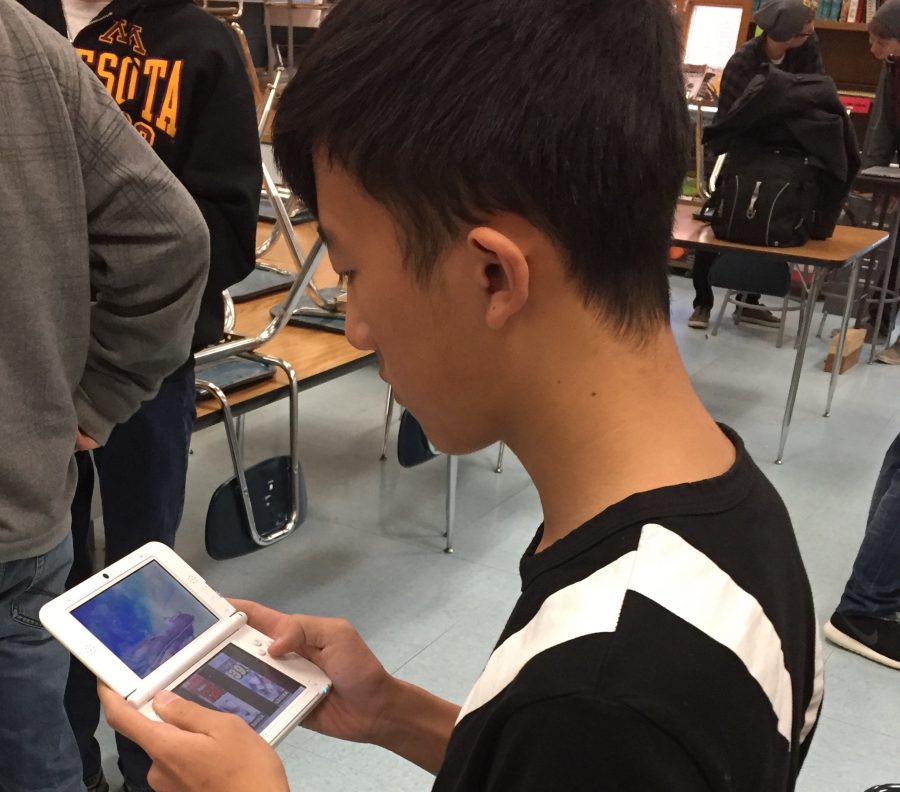 Gallery|4 Photos
Jonathan Rustad
Members of video game club bring in their own video games to play by themselves or share with other members. "If you are interested in video games, it's a fun experience," freshman Ryan Olds said.