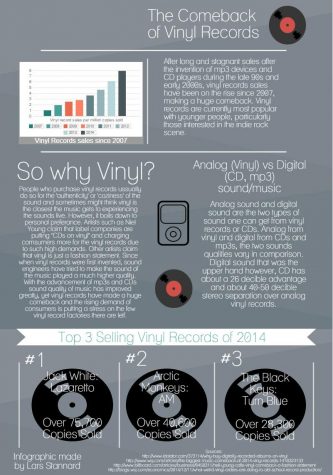 Dust off those old record players because vinyl is making a come back. The next generation of music fanatics has taken an interest in making the old trends new. Records are not only being used as decorations but also as entertainment. Record Store day has been an annual holiday since 2007. It is a day for all independently owned music stores to come together in order to celebrate the distinct culture. Record Store day is beneficial to both music stores and their loyal customers.

The Record Store Day organization sells apparel to help the celebrations around the world. They also help promote the day by naming an ambassador each year. This years’ ambassador was Dave Grohl a popular musician, who has previously won 15 Grammys.

Grohl told Record Store Day, “I found my calling in the back bin of a dark, dusty record store.”

This day gives customers a time to celebrate their passion with music and festivities. Many record stores host activities throughout the day including food, sales, and of course live music. Both patrons and communities benefit from festivities as it brings customers to the surrounding businesses.

In 2015 The Electric Fetus, a record store in Minneapolis had live bands such as They Might Be Giants and BNLX. The store also partnered with Dangerous Man Brewing to create and offer a limited time, record inspired beer. The sales at The Electric Fetus are so popular each year they have to set guidelines to make sure everything stays orderly.

The Electric Fetus website states, “With any special event like this, we want to make it enjoyable for everyone and try to ensure that everyone who comes has a fair chance to get something from their list.”

Record Store Day (along with Christmas) is the biggest selling period for independent music stores. However, these small, local stores also have to compete with big box stores for sales.”

Stores like Wal-Mart and Urban Outfitters have started selling new record players and records. This makes it easier for customers to obtain, but it takes business away from the smaller independently owned stores. This is only one of many issues these stores face in a decade mainly consisting of online music downloads. Yet these stores continue to push through and succeed despite the obstacles. Because the sound of an authentic record can not be downloaded.

Though every record has a critique; some say that the day only hurts small labels because they simply can not compete with the in the local store setting.

Howling Owl Records along with Sonic Cathedral published a statement earlier this year that stated, “We can not compete, so we will not compete.” They added, “It [Record Store Day] has turned into a circus, so we will be the clowns.”

Record store day is beneficial to the independently owned music stores and their customers. Everyone participating can enjoy the day. 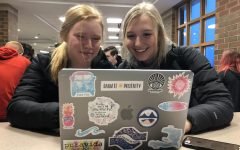 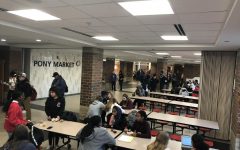