Climate change can no longer be questioned 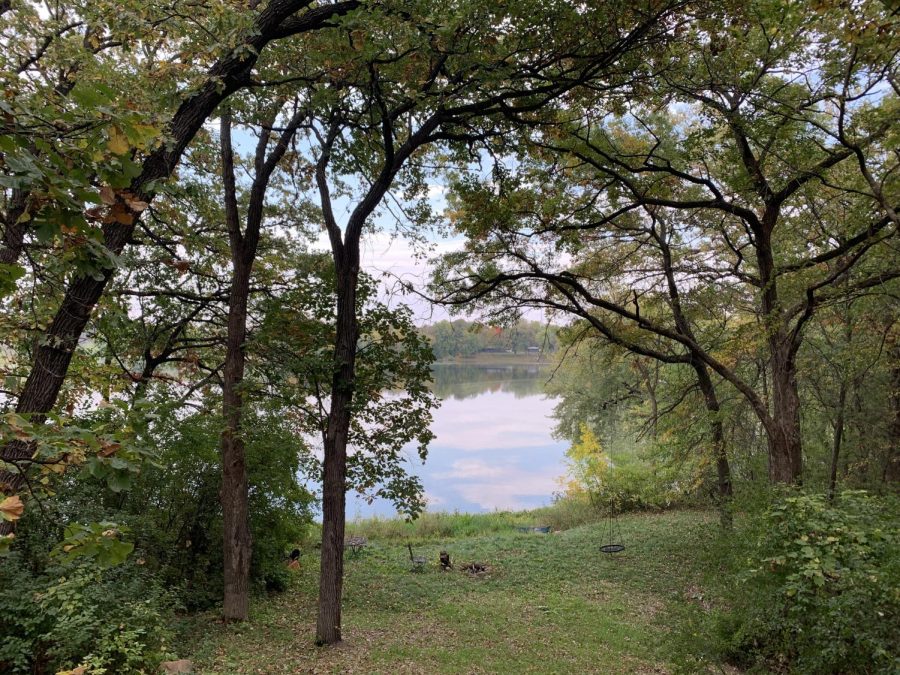 This yard has seen an increase in dead fish due to chemicals running off into the yard. Because of this, fishing birds have considerably less food.

The increase of environmental climate change is not an if anymore, it has been affecting everyone yesterday, today, tomorrow and across the globe to personal yards.

Climate change is a cause-and-effect tree. It starts with greenhouse gases that are warming up the environment, branches off to rising temperature, which leads to droughts, to fires, to air quality diminishing, to farms becoming less fruitful, to increase of grocery prices. Minnesota Department of Natural Resources has recorded that Minnesota has had an increase of temperature by 3 degrees Fahrenheit and has been experiencing more frequent and extreme precipitation events.

Dr. Jessica Hellman, Director of the Institute of Environment at the University of Minnesota, said about climate change, “answer to that it’s not about belief. It’s about evidence collected over, by many different people in many different disciplines… I’ll say it the other way if you don’t believe, it’s just wishful thinking.”

Fires have been destroying the environment by rapidly increasing greenhouse gas and decreasing the air quality with more smoke. This is making it dangerous for people to breathe and destroying nature. People are losing their homes and being displaced. In Brazil, about 5.4 million acres of the Amazon forest have burned. In California about 6,900 accidental fires happened, destroying about 1.7 million acres of land this fire season.

“I do worry, my sister lives in California, I keep wondering if maybe she should be living there anymore because the smoke is so bad, I feel it’s not good for my nieces,” Hellman said.

“My uncle is a farmer in Western Minnesota and he had no crops this year” Paige Kaess, a manager at Panera Bread said.

“As a mom, it also breaks my heart,” Hellman said. “You guys will have even more consequences to climate change to deal with,” and adds, “We need to be much more aggressive because it’s our responsibility to leave the planet for our children and grandchildren,”.

The new generation will have to deal with even more consequences. Timothy Roser has, “a lot of faith in this coming generation”, in what they can do to reduce climate impact and start reversing the damage that can be undone.

Dr. Jessica Hellman, Director of UMN Institute on Environment at the University of Minnesota, said “As a mom, it also breaks my heart,” and, “you guys will have even more consequences to climate change to deal with,” and added, “We need to be much more aggressive because it’s our responsibility to leave the planet for our children and grandchildren,”.