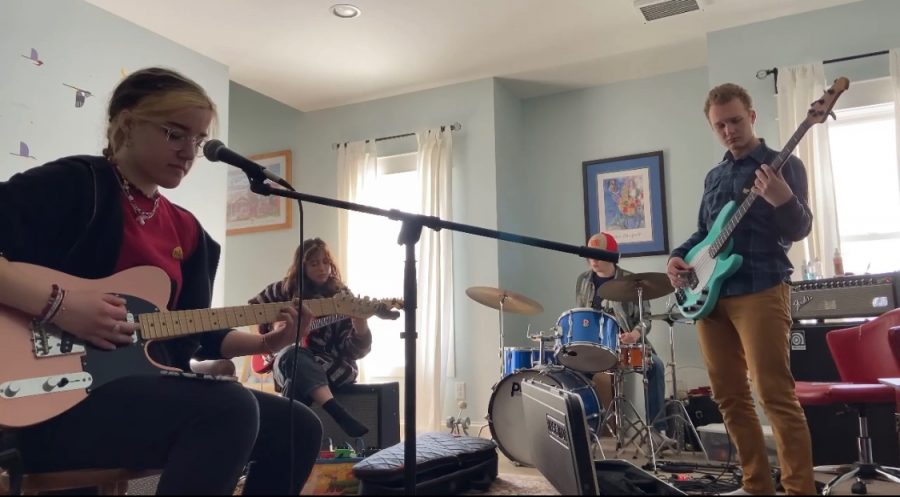 The band Saguaro plays their original song, Puzzle Pieces, a song about breakup and not getting what you are giving in a relationship. They practice in senior Isaac Reiner’s living room, their regular practice spot.

Student band prepares to send out an EP

The band Saguaro formed in the fall of 2018. Band members include seniors Levi Hutton on drums, Hannah Doyle on vocals, Isaac Reiner on bass and Leah Cosgrove on guitar. Throughout the past few years, they have always played covers, but recently they have decided to expand to writing original music.

“I write songs, pretty regularly, whenever I get a strong feeling about something or if I’m stuck on something, I’ll just go write a song about it, because it helps me figure out what I’m actually thinking. Sometimes, I can write a song in 20 minutes, sometimes it takes me a week to finish a song. Then I’ll send it to everybody individually, they kind of get a grasp of what it is. Then we come back to the practice and kind of like put it together and that’s really what it changes, most of my songs start out really slow, and like, melodic, and then after I bring it to the man and everybody’s playing together, it ends up being pretty fast-paced in rock. So it really changes, but it’s cool because all the songs are honestly pretty different from each other,” Doyle said.

The band eventually came up with a total of five different songs, Good Morning, Puzzle Pieces, Wait in Gold, 90 seconds, and Painting Stars. After perfecting each one the band decided to work on sending out an EP. An EP, or extended play, is best described as a mini-album. It’s essentially a collection of a few songs that artists make before committing to a whole album. The band Saguaro found connections to a record label and is now working on sending out their first EP.

Even if you’re stuck in a rut or if you’re getting bored with what you’re doing. You just have to stick with it. When you feel lazy and bored, just commit the time that you can’t get out of to what you’re doing, and you’ll eventually get out.”

“A friend I work with actually worked with some record labels that worked with, Nirvana and the Pixies, and a bunch of just kind of punk rock bands, and he said that if we sent him demos, he would send it to those people, and then sending it all out it’s really all about connections and it’s taken us up until now, to be able to find those connections so it takes a while,” Doyle explained.

Saguaro has worked extremely hard to get to where they are today. They have all put in hours of practice and sacrifice a lot of their time. Although sending out their EP is a huge accomplishment they still have big goals.

“We definitely want to write more and get more local gigs. Obviously, the main goal is to like, you know, make it number one on the radio or whatever, but I mean, I would be very happy with just playing in Minneapolis and St. Paul. But just being a local band and getting our music out there,” Hutton said.

The band went through a lot to get here. It takes a lot of time to write, edit and record all five songs.

“Even if you’re stuck in a rut or if you’re getting bored with what you’re doing. You just have to stick with it. When you feel lazy and bored, just commit the time that you can’t get out of what you’re doing, and you’ll eventually get out,” Hutton said. 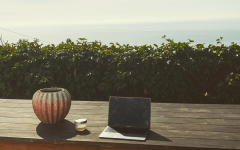 Lyrics to GO Vol.2 by Kota the Friend 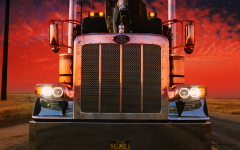 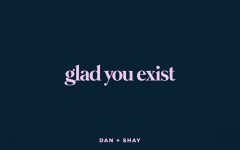 Glad You Exist by Dan + Shay