From left to right: Otto Hanlon, Hugh Hanlon, Austin Buck, Mason Buck. The four boys during their trip up to the boundary waters during June, 2020.

A week in the woods

“I caught one!” Hugh Hanlon yells to his friends Austin and Mason Buck. It’s a warm summer day at the boundary waters in northern Minnesota, the smell of a bonfire in the distance swirls around the air as the sun sets late at night. The three boys, all of them 16 years old, and Hugh’s brother Otto, who is a year younger, are alone in the woods for a long weekend, and are enjoying every minute of it. This is their biggest trip yet, as they are also filming content for their YouTube channel, Bush Bros Outdoors. Their channel has grown to almost five thousand subscribers in two years, but they have been enjoying wildlife long before then.

The stove was cooking up warm soup inside the Buck home. The three boys, Austin and Mason Buck and their friend Hugh Hanlon sat around the kitchen table reminiscing about the wonderful day they had in the outdoors. The boys are in eighth grade, and frequently enjoy spending hours on end exploring and making forts in the woods just near their house. “You boys should start filming this, I bet a lot of people would watch” Wiley Buck, the father of the two boys said.

A week later, the boys found themselves in the woods again, it’s a cool autumn day in Afton, Minnesota, and the boys decided to take Mr. Buck’s advice and film their adventures. They were working on building a fort out of logs and tree branches that they could eventually spend the night in. Hugh pulls out his phone and starts recording. “Hey guys! Bush Buddies here” Austin said to the camera.

That first video was just the beginning. They started to take filming seriously and really enjoyed making videos for other people to see. “It’s really cool to watch the final product and say ‘I made that,’ Hugh said. “You feel satisfied making a quality product.”

Months go by, and the boys are still filming and exploring in the woods. With each passing month, with each new video, their dedication became more and more apparent. With every new video, they are slowly pushing their boundaries. They went from two hour field trips, to 10 hour day drips. A one night overnight trip in the woods by their house turned into a five day overnight trip alone in the woods 250 miles away from their home.

“It’s a process,” Hugh said, “at first our parents were really nervous,so we started with smaller day trips at home, and then it seemed like every trip we would push something more out of our comfort zone and started to develop trust between them. Once we got our [driving] license is when we really got our independence.”

Almost two years later, they found themselves at a bump in the road. They were about to enter their junior year of high school after the summer, and due to the large demands of school, work, clubs and sports, they found themselves not continuing their explorations as much as they would like. During their freshman year, when they started the channel, they could film about two or three videos a month. Now they considered themselves lucky to even film one video a month.

They boys got together during the spring of their sophomore year and realized they hadn’t been available as much as they wanted to, and now since they finally had the time, they planned something big. Just after school let out, they embarked on a five day trip in the woods at the Minnesota Boundary Waters.

The Trip of a Lifetime

The Minnesota Boundary Waters, is a somewhat of a holy land to the avid outdoorsman or camper. It is one of the most remote places in America and it’s vast wilderness extends 150 miles along the U.S.-Canada border, covering 19,000 acres with over 1,100 lakes and 1,500 miles of canoe routes. This was by far the biggest trip the boys had done yet. Not only were they spending five nights camping alone, but they were also five hours away from their home in Afton, Minnesota, with little to no service or connection to their parents back home.

“At some point, everyone needs a break,” Hugh said, after successfully completing their sophomore year of high school, they were ready for one. A five day bushcraft and fishing trip was exactly what they needed.

The boys arrived at Gunflint Trail, and canoed around the waters until they could find the perfect spot to set up camp for the next five days. They eventually came across a perfect spot right by the shore which gave them easy access to water and fishing, and also a solid flat area for camping.

Even with all the challenges we faced, I would still consider this trip to be the best of my entire life.”

That evening, Mason caught his first ever lake trout. The boys were ecstatic and hoped this was a sign of many more to come. Unfortunately, they couldn’t get any more bites except for some small bass, but nonetheless turn in their first night looking ahead for an exciting week.

After a second day of more fishing, the boys faced their first of many challenges on day three. Both Mason and Hugh’s beds that they made out of logs and canvas split open overnight, and they were forced to sleep on the cold ground. The good news for them is they were able to repair their beds rather quickly, unfortunately however, this was a sign of more trouble to come.

Later in the day, Hugh caught another big trout, and the boys fileted it and ate it for lunch. After the feast, they went for a swim in the cold, but refreshing river. They then headed out for another fruitful fishing journey, before cooking some spaghetti and sausage over the comforting campfire for dinner.

The next morning, frustrated with the lack of fish they had been getting, the boys woke up at 4 am to head out on the water earlier, this tactic turned out to be successful, as they had their most successful fishing outing yet.

“Let me tell you there is nothing better than catching your own fish, bringing it to the shore, and cooking it on the fire” Mason said. “It’s crazy to think that [the fish] is something we just pulled out of the water hours ago, and now we’re eating it” Hugh added.

After a brief rain delay, the boys headed out to another nearby portage and competed in a brother vs brother fishing challenge to see who could catch the most fish. About five minutes into this challenge however, the boys heard thunder and lightning, and since they were in metal canoes, they had to rush off the water immediately, putting an early damper on the day. After a solid end to the day however, the boys decided it would be best to spend an extra day on the lake since they were having so much fun.

At 12:30 am, the boys couldn’t take it anymore. Any chance of staying the night was out the window at this point. It became increasingly difficult to find any sleep due to the massive amount of bugs at their camp. Austin summed up their frustration perfectly- “I’m running off half a trout, 4 hours of sleep, I’m sweating like crazy I’ve been up for 20 hours, the bugs have been absolutely terrible, and just when you thought it couldn’t get any worse, my bead just snapped in half.”

The boys decided the extra night was not an option anymore, and they decided to get as much sleep as they could so they could safely take the seven hour trip back home the next morning.

“After a crappy three hours of sleep last night, we are all up and there’s just no physical way we can deal with this again,” Mason said.  “[We can’t] deal with the mosquitoes, the rain and the heat, so this will be our last day.”

The boys, being as nature loving as they were, couldn’t leave this awesome experience on a bad note, so they decided to go for one last canoe ride and swim in the river.

“With that, we were on our way home,” Hugh said, “even with all the challenges we faced, I would still consider this trip to be the best of my entire life. We all caught our first lake trout, and together we overcame many obstacles, becoming better friends in the process. We also learned the power of numbers and the limits of our own minds.”

After the big trip to the boundary waters, the boys were unable to find a lot of free time to do more fun trips. Between the unfortunate COVID-19 pandemic, and sports and clubs starting in August, the boys had to come back to reality after having the time of their lives just a few weeks ago.

As they embark on a new school year, they hope to find new opportunities for adventure in the future, but understand it will be hard to come by.

“We get frustrated with the time we don’t have. All of us are athletes, combined with schoolwork, so we have a lot going on” Hugh said. “There’s times we want to work on a video, and we just can’t so we have to take like a three month posting break.”

Regardless of how much time they have to film, they will always make sure they take every chance they can to experience the beauty of nature. Chances for adventure may be scarce, but you can count on them being there for every opportunity for exploration that comes their way.

Now at home sitting back at his computer, Hugh Hanlon looks back at some of the best memories of his life and thinks “It was all worth it.” 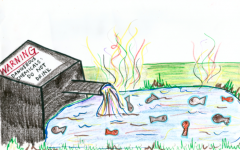 State government should do more to protect the Boundary Waters 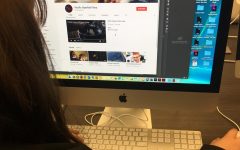 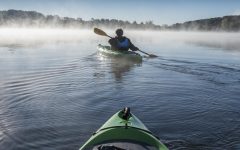