The Minnesota State Fairgrounds reopens with the Glow Light Festival 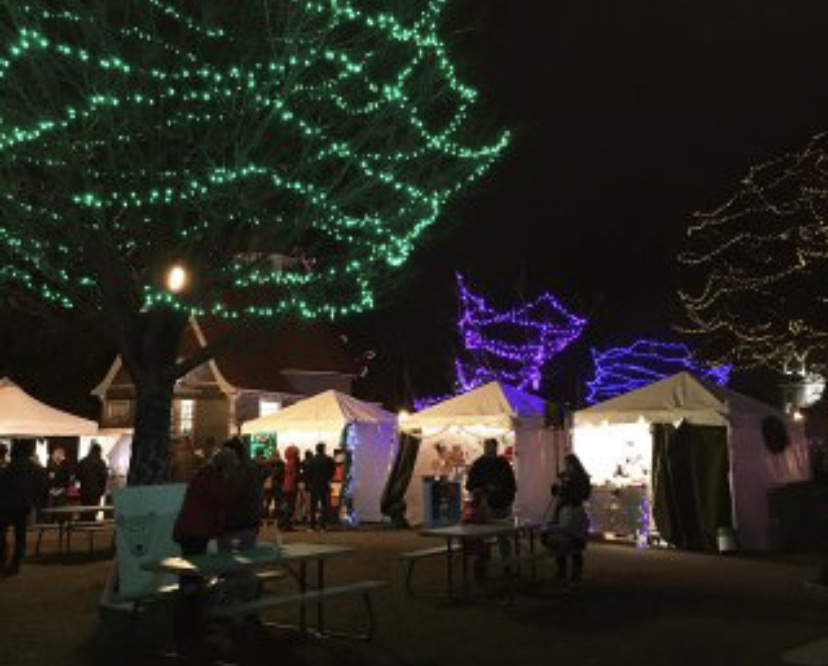 The Minnesota State Fairgrounds has reopened and includes a new event called the Glow Light Festival, a mile-long drive-thru for anyone to admire Christmas lights, ice sculptures, and more.

The Glow Light Festival is an event held at the state fairgrounds. It allows people to take their families out through a drive-thru to see all the lights shown at the festival.

“The drive-thru option would be a safe way for people to enjoy the holiday lights,” said Personal Finance teacher Deborah Drommerhausen.

Some of the original people that planned out the festival are determining whether or not if they should allow a maximum amount of people coming in through the line of cars. With COVID-19 still a major problem, everyone’s safety is the top priority.

“I think it’s a good idea and the way it was planned out is a good and safe way for people to enjoy themselves,” junior Brady Turnquist said.

The Glow Festival was set up not only for the people to enjoy the sights, but to also help fundraise upcoming events in the oncoming years for the fairgrounds. Due to the State Fair not being an option last summer, they need the extra financial aid so they can continue on with more events.

“The MN State Fair needs money, said Drommerhausen. “Also so we are able to have the State Fair in a year or two.”

In the summer, another drive-thru event took place at the fairgrounds and tickets sold out very quickly. After the summer event did so well in fundraising, more and more lights and sculptures will be brought out for everyone to see.

“There probably is a limit of tickets that can be sold at a designated day and time,” said Drommerhausen. “So it shouldn’t be crowded.”

With the extra funding this year, there will be over a million sparkling lights on display. At the end of the drive-thru, every festival-goer will get a chance to buy some of their favorite state fair foods.

“Most definitely, there should be a max number of people allowed in at once and masks too,” said Senior Kenzie Wilhelm.

The drive-thru is said to be about a 40-minute drive throughout the whole festival. Each car must wait 15 minutes after the car in front of them in order to stay the safe and social distance in a safe way for everyone.

“As long as each event is coordinated the right way and a safe way,” said Turnquist. “I think it’s okay for more events to start up.”

“We want to continue the traditions of the State Fair so hosting events brings revenue to the events,” said Drommerhausen.