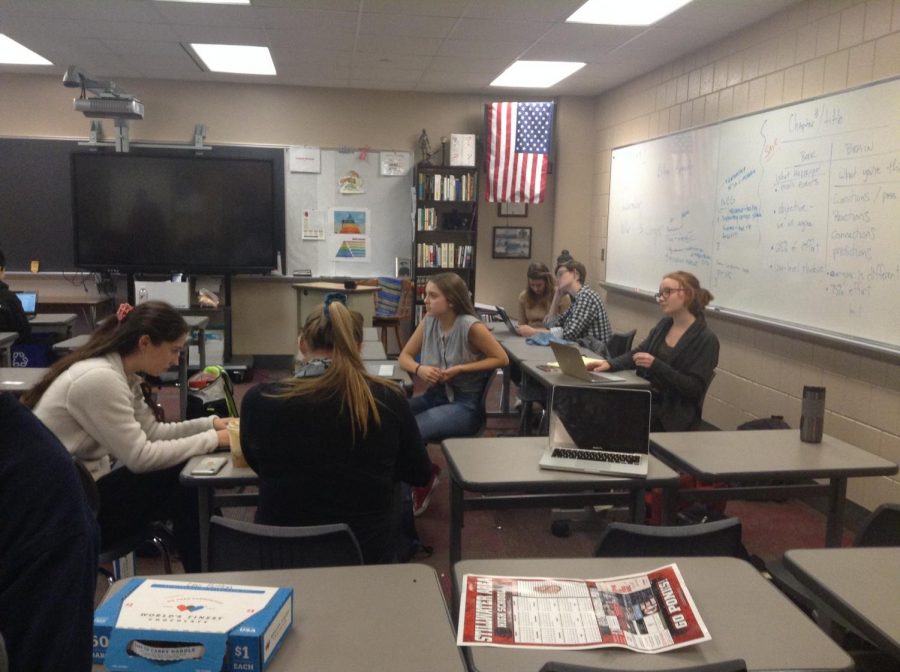 The debate team works hard before their first match on Nov 9. The first match sets standards for the rest of their season as they try to find ways to stay in the top 10 percent of teams nationally.

Being recognized is a big deal, especially for the newer members like freshmen and sophomores. When the seniors leave, the responsibility to upkeep the teams is passed onto the younger members who maybe do not have as much experience as the past seniors did.

Sophomore Brendon Rich said it was nice to hear we were recognized because Stillwater has a relatively small team.

The speech team also got another coach this year. Joe Kalka was recruited by Hammond and will work alongside her with the speech team to help the team reach its full potential. Kalka is a paraprofessional at Oakland.

Hammond added, “I think his coming on this year is going to be a great competitive boost for our team.”

Staying in the top 10 percent will be hard with over 3,000 schools competing to be nationally recognized. This stress could add more pressure onto the teams this year, especially those who did exceptionally well in speech and debate in prior years.

Kellogg added she “did sort of well last year and wants to keep that going,” and since she and Rich went to state for Speech duo last year, “there is a lot of pressure on us to make it to state again.”

Speech and debate is a great activity for students looking to strengthen their interpersonal skills, make new friends or just have something else to do after school.

Hammond added, “I think speech is the single extracurricular activity that prepares students for authentic skills and strengths they will need as they enter careers, college, and the world at large and there is nothing more authentic when it comes to life skills than communication, research, listening, writing, and organization.”

Kellogg said, “Our new speech coach [Kalka] is definitely going to improve our speech team specifically. As for the debate team, I feel like last year the community was close but this year it’s certainly a lot closer and our debate coach Mr. Quick and co-coach Ms. Hammond are working a lot harder.”