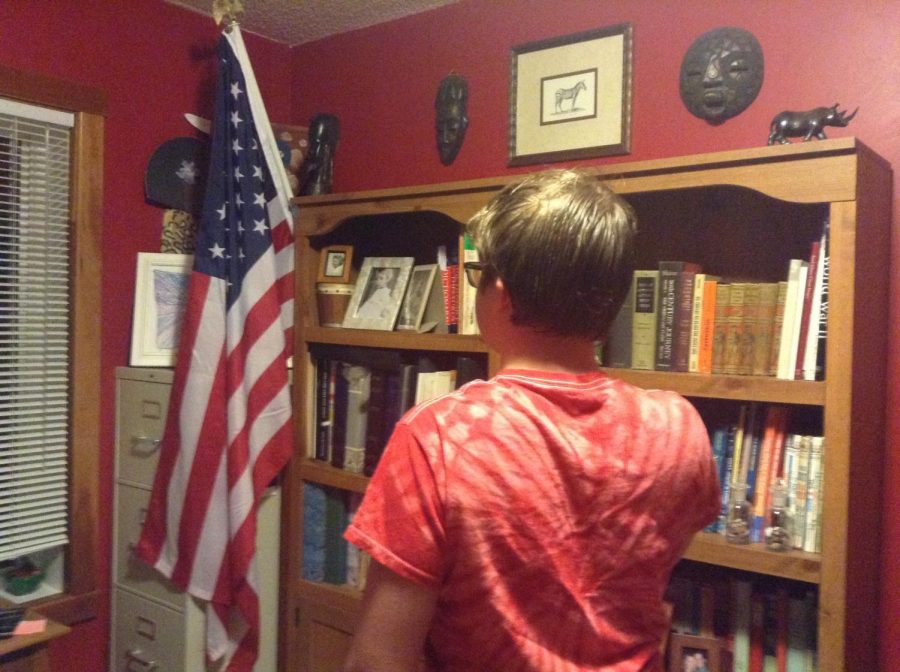 Sophomore Spenser Menard says the pledge of allegiance. The words "indivisible, with justice and liberty for all" are increasingly distant to Capital Hill.

While President Trump adds another scandal to his resume, House Democrats struggle to make a lasting impact.

A whistleblower complaint brought to the spotlight Trump’s phone call with Ukrainian President Zelensky on Aug. 12. During the phone call, Trump had pressured Zelensky to gather intelligence on former Democratic Vice President Joe Biden, a likely contender for the 2020 Democratic nominee, and his son Hunter Biden.

The whistleblower claimed Trump had used his powers as president for personal gain and in the process had put national security in danger. Prior to the call, Trump had been withholding over $400 million in military aid to Ukraine.

The situation only got worse for Trump when increased pressure by House Democrats served as the final tipping point for Nancy Pelosi, the Democratic Speaker of the House, to launch an impeachment inquiry, which she did on Sept. 24.

To many Democrats, Trump has taken a step too far. “It’s just so unconstitutional for a president to basically threaten restricting aid to another country if they don’t illegally investigate one of his rivals, or opponents.” the president of the Young Democrats, Sidney Foreman, said.

Adding to the already divisive political climate, many Republicans are also opposed to Trump’s seeming disregard to both the U.S.’s allies and toward his opponents.

“I don’t think it’s like his place to be calling other nations presidents and like trying to get information out of them. Like that’s not the justified way to do it,” the president of the Young Republicans, Nicole Lammers, added.

Trump, meanwhile, has elected to go on the offensive, demanding the whistleblower meets with him personally. As well as attacking Adam Schiff, the chair of the House intelligence committee tasked with carrying out the impeachment inquiry, going so far as to tweet “Arrest for treason?”

Even so, the House Democrat’s push for impeachment may end up backfiring, as Trump supporters have elected to push back. A surge of fundraising handed the GOP over $5 million with the first 24 hours after Pelosi’s announcement.

And with the election coming up in 2020, “It could obviously bring down the current President’s numbers, but it could also rally his base, because they feel like he’s being picked on,” Matt Kiedrowski, a U.S. History teacher, said.

Trump is not the first, nor will he be the last president to have been caught overstepping his authority. “Any president regardless of political party, cuts corners and the other side will always point the finger,” Kiedrowki added. “That is true throughout [US] history.”

Most people do not hold high hopes for the inquiry. Instead of Trump being impeached, “We’re going to ride out the next year or so with him and then on to the next election and hopefully, he does not get reelected,” Foreman said.

With Congress blocked by politics, the job of defending American values falls once more to the everyday voter.