Back to school PSA shows new reality of going to school 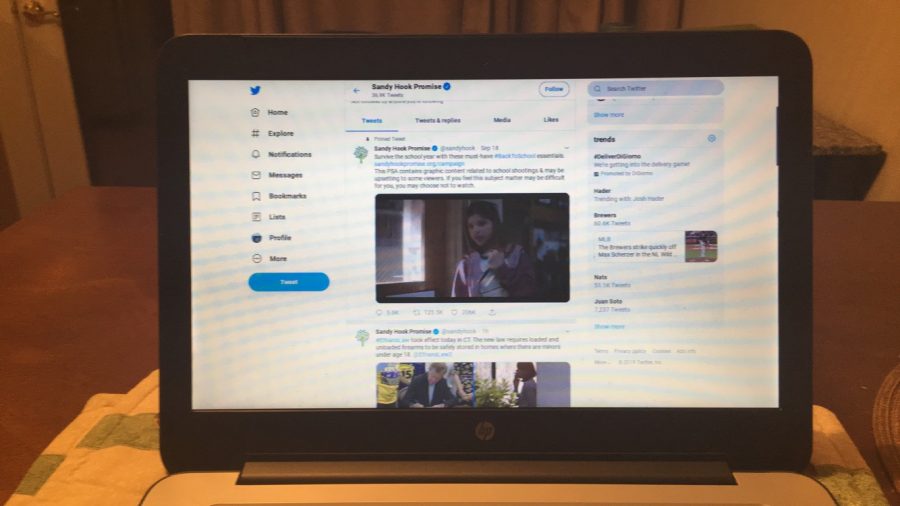 On Twitter, "Back to School Essentials" video has gotten 15 million views. The video is accompanied by other videos and messages from the Sandy Hook Promise Organization.

Gun violence, especially in schools, is a prevalent topic in today’s society. The Sandy Hook Promise Organization put out a video PSA entitled “Back to School Essentials” urging viewers to know the signs to help end gun violence. The video shows students using school supplies to protect and save themselves in a school shooting. The video shows a new reality of going to school. Although the video may be hard to watch, this video should be seen by everyone.

The Sandy Hook Promise Organization was founded by the families of victims affected by the Sandy Hook Elementary school shooting in 2012. Their goal is to raise awareness and help protect children through video PSAs and programs they offer.

The video shows a school shooting situation is not unrealistic. No one wants to be in that situation, but the video gives attention to a topic students, staff and parents should be educated about.

Knowing the signs was highlighted at the end of the video. It is also important for students to be mindful of what is happening around them.

“If you have the ability to be aware of what’s around you, even the tiniest things on a daily basis, you then have the ability to make a change for the better. I think that’s the biggest piece that we can do is regularly is to stay aware and observant and be prepared,” Assistant Principal Shelly Phernetton said.

School shooting incidents are preventable. If students are aware of their surroundings, identifying unusual things would be easier and effective. Students have a responsibility to inform adults if they see or hear something out of the ordinary.

“I think it is, much like, the little things like seeing the girl tie her sweatshirt around a door, or using objects that can break windows or to defend themselves with that kids might not be think about,” Paradise said.

In addition, head custodian Mike Miller explained teachers are more aware and informed with procedures and security the school has.

Some of the clips showing students protecting and defending themselves with school supplies is useful to know if a school shooting incident did happen. Students and teachers have more power and control when they are informed and prepared.

Being educated and using the “see something say something” policy can help end gun violence everywhere, not just in schools. Focusing on social and mental health and campaigning for state and federal policy can also spark change.