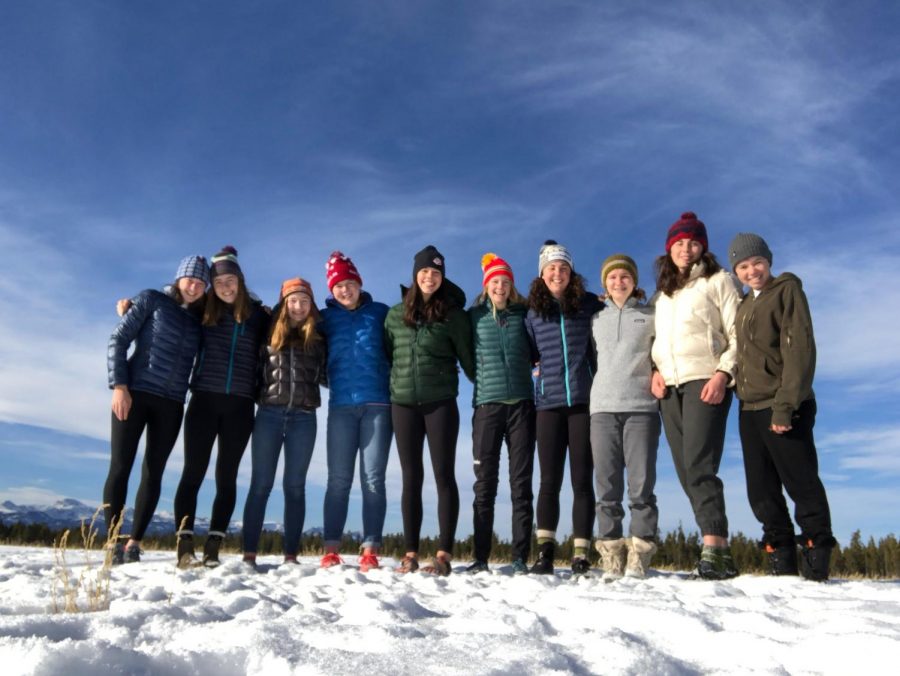 This winter, the girls nordic ski team practices hard despite the lack of snow. This year’s stretch goal for them is to win the state championship for a second year in a row.

While not as prominent as its downhill cousin Alpine, cross country Nordic skiing is enjoyed by many students. Though central Minnesota did not get much snow, the team finds snow to practice in at Elm Creek and Hyland park reserves.

The lack of heavy snow this season has put a damper on the team’s mood.

Sophomore Piper Wilson said, “With the weather, there’s a lot of people who lose a lot of motivation.” She continued, “The lack of snow is really detrimental to team morale.”

The lack of snow is especially unfavorable for a weather reliant sport like nordic. Skiers need enough snow to properly glide on, so meets have to be cancelled due to lack of snow.

“We’ve only had one race this year,” sophomore Amelia Lehmann said. “Even though we were supposed to have five.”

Even though some on the team may be dispirited, senior captain Gabrielle Danielson brings a positive attitude that lifts the teams spirits.

“We are all very enthusiastic, but I like to bring my positive attitude every day,” she said. “Being happy and excited for the workout even if it is going to be a really hard one makes the experience so much better for everyone.”

Another thing that makes skiing more fun for everyone is their teammates. Many members of them are on the team because of their friends were interested in skiing on the team.

Junior Megan Puhrmann has liked skiing well before she joined the team. However, after joining the team she said, “I saw that a lot of my friends were actually interested in doing it, so I thought I might as well stick around.”

Wilson said skiing is a lot of work, “but when you’re with a really great group of people, it’s one of the most fun thing ever.”

The team is looking towards Feb. 6, the section tournament to determine if they will advance to the state championship Feb. 14. Despite a great showing last season with the girls taking first place, many on the team have different opinions on how this season will go.

“Winning state is our stretch goal,” Wilson said. “Our goal is podium, but with the amount of teams competing it’s pretty difficult.”

Puhrmann on the other hand is not worried in the slightest having said, “The girls have made it to state every year”

We can only cheer on the girls as the sectional and state tournament draw ever closer.

Regardless of what happens, Danielson said, “If we work really hard and all ski our best we will be super proud of ourselves because we did the best we could that day.”