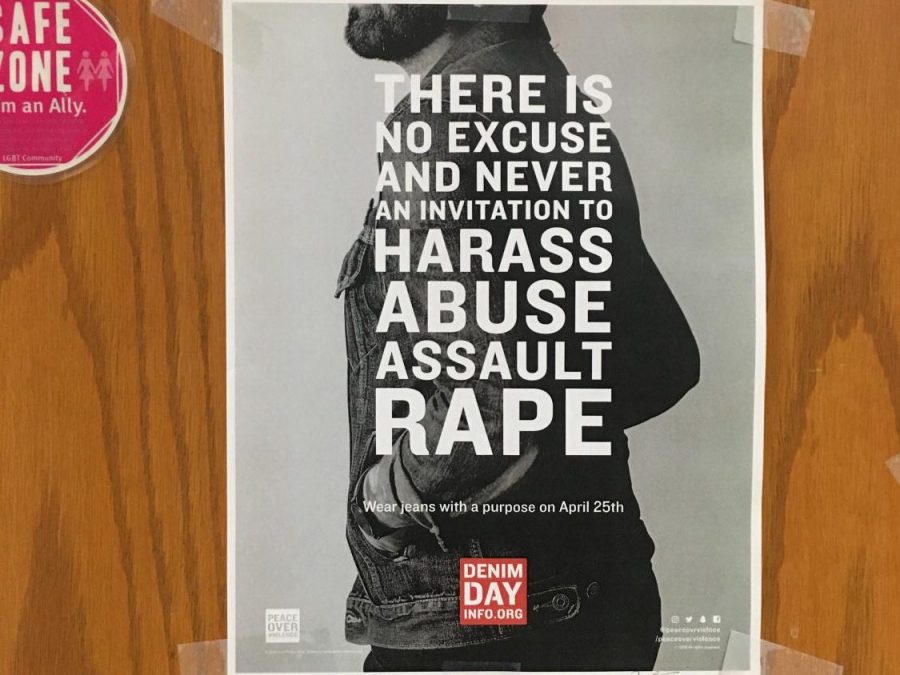 Sexual harassment posters are scattered around the school to spread awareness. 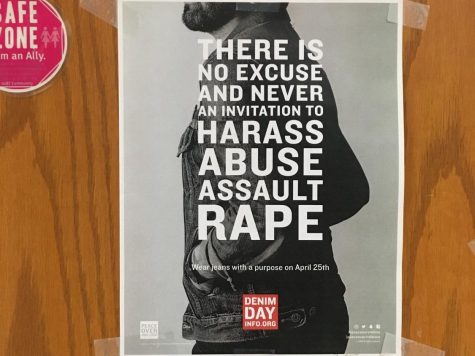 Photo by Hannah SweenSexual harassment posters are scattered around the school to spread awareness. In early October, Brett Kavanaugh was nominated to the Supreme Court.

Brett Kavanaugh, a Yale University graduate and former United States Circuit Judge, was sworn in to the Supreme Court on Oct. 6. This swearing in was preceded by sexual assault allegations against Kavanaugh by Dr. Christine Blasey Ford during the process of his confirmation. Ford’s allegations, which she presented in a convincing and credible manner, were not taken as seriously by Republican representatives as they should have been because of partisan confirmation bias and a lack of respect for sexual assault victims.

“In the legal context here is my bottom line, a ‘he said, she said’ case is incredibly difficult to prove. But this case is even weaker than that. Dr. Ford identified other witnesses to the event, and those witnesses either refuted her allegations or failed to corroborate them… I do not think that a reasonable prosecutor would bring this case based on the evidences to the committee,” Mitchell wrote in a memo sent to all Republican senators following the questioning of Ford.

Mitchell’s conclusion and the official confirmation of Kavanaugh to the Supreme Court sparked a passionate uproar from the “Me Too” movement. The phrase “believe women” was especially prominent with this spike in activity and was also used in conjunction with images from Anita Hill’s case with her allegations against Clarence Thomas in 1991. There is concern from the movement about how sexual assault cases may be handled in the future.

“I think it will be hard [for sexual assault victims] to come forward still. Not that it wasn’t already, but there’s a super powerful individual being confirmed on to the Supreme Court of the United States and the Senate votes him on and nobody really stood against it. The majority didn’t really seem to care,” senior Torianna Eckles, Co-President of Young Democrats, said.

This also calls into question the effectiveness of the American democratic system. What does it say about the American democracy that there are people in positions of great power who have allegations against them and demonstrate blatant disrespect for sexual assault victims?

“We have to look at the court right now. We have Clarence Thomas. In 1991, he was put on the Supreme Court., Anita Hill accused him of sexual harassment during his confirmation process, very much like happened here with the Ford gal and Stanford professor. The #MeToo movement would argue no, look what’s happened. Here we are, 27 years later and it doesn’t appear like anything’s changed. We have a sitting president who during the campaign and came out on tape talking to Billy Bush boasting of how he could do things with females,” government teacher Roger Stippel said.

There is an argument to be made for the American standard of “innocent until proven guilty” in the judicial system. Those who support Kavanaugh’s confirmation argue that there are limits to “believe women.” However, the mantra is a justifiable response to the centuries of crimes perpetrated against women that are  “incredibly difficult to prove,” as Mitchell said, due to their intimate, charged and confusing nature.

“It is a very scary time for young men in America when you can be guilty of something you may not be guilty of… what’s happening here has much more to do than even the appointment of a Supreme Court justice. You could be somebody that was perfect your entire life and somebody could accuse you of something… in this realm you are truly guilty until proven innocent. That’s one of the very, very bad things that’s taking place here right now,” President Donald Trump told reporters on the South Lawn of the White House Oct. 2. 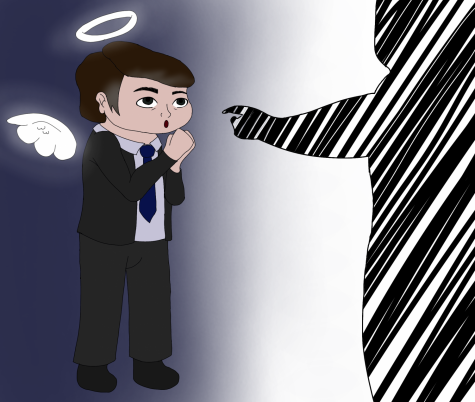 Ford’s allegations, though they did not keep Kavanaugh out of the Supreme Court, set an important precedent. Ford’s testimony opened the door for other victims of sexual assault to come forward no matter how long ago to attack was or how powerful or wealthy the perpetrator may be.

This is also an opportunity to reevaluate elected officials ability to represent the opinions of the masses. According to a survey by Quinnipiac University, 55 percent of women opposed Kavanaugh’s confirmation and 61 percent of white women with college degrees believed Ford’s allegations. However the senate voted 50-48 along partisan lines with the exception of Democratic Senator Joe Manchin of West Virginia, the only Democrat to vote yes. Partisan confirmation bias should not be the deciding factor in political issues.

“I only hope that as we enter the first election cycle, where many of those young people can vote, that they will not forget that movement, they will not become upset, frustrated, lack efficacy, the leaders will set that they’ll realize the power is in the ballot box and they need to get out and they need to vote for those people that they think represent their their values, their attitudes, their concerns,” Stippel said.