According to the Universal Declaration of Human Rights, article 11, you’re innocent until proven guilty, which means you have the right to a trial in the court of law. Students in our school with the support of Ekberg and Lammers Law Firm have joined a club called Mock Trial.

Mock Trial is a club like any other activity or sport through the high school. Students from around the state are presented with the same case and they compete against each other at the Ramsey County Courthouse and whoever argues the best case wins. Like sports the team with the most points win and if  they keep winning they can move on to regions and maybe state.

Mock trial allows students to feel, learn and see what it is like to be represented with a civil or criminal case in a courtroom. But unlike real cases, students are given roles and the cases only take about an hour and half whereas in real cases are unpredictable and can take as long as needed.

If you’re thinking about going into law or just want to learn more about law mock trial would be a good activity for you to participate in.” If anyone is interested and there is still time to join, the club Mock Trial is the club for”

Sophomore Jolie Anderson said, “Mock is more formulated and presented than a real trial, it’s almost like an acting thing where you want to get points and speak well and present formally if you want to score well.” Students get a feel of how and what a real trial feels like.

Mock trial is a club open to everyone, one doesn’t even have to have any knowledge of what happens in the courtroom just curiosity or the want to learn how law and trials work.

Senior Hannah Harvieux said, “If you’re thinking about going into law or just want to learn more about law, mock trial would be a good activity for you to participate in.” If anyone is interested, there is still time to join, the club Mock Trial is the club for you.

Not only is it a club open to everyone but the students who are members of the club get along very well, learn a lot about the process of a trial and courtroom while having fun doing it.

Junior Amit Kumra said, “I enjoy it because I like to learn about the law and because it gives me an accurate representation of what I could expect in the real thing.”

Mock trial is a fun activity group that anyone and everyone is welcome to join. Sophomore Jolie Anderson said, “It’s made me possibly want to go into law when I’m older and it’s just really interesting to learn some of the things about the US Court system and it really gives you a good perspective on how trials work.” If one is interested in learning about law, how the courtroom works and think one might have a future in law the Mock Trial club is for you. 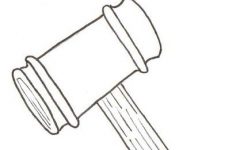 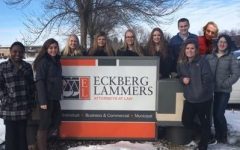 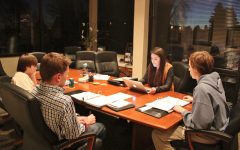