Dec. 4 the College in the Schools, (CIS) choir was chosen to have two of their songs aired on the radio. The class traveled to the Ordway in St. Paul to record Tykus Tykus, a Lithuanian folk song by Vaclovas Augustinas and Alleluia by Fredrik Sixten. At 3 p.m. their songs aired on the popular NPR Classical Station which reaches around a half a million homes during every broadcast.

“I was really excited and kind of surprised because it is such a big deal to be on a national radio show,” junior Hannah Gilsdorf  said.

This was the first time the choir has won such an award and it was all thanks to their director Angela Mitchell who applied to the program “From the Top”, and SAHS was chosen. From the Top is the largest music platform for the youth in America. They have been around since 1995 and have about three million listeners every day who cherish and enjoy classical music.

Gilsdorf said, “The best thing about choir is the variety of music we get to do because it gives us the chance to experience and learn about different cultures and genres.”

CIS choir is a mix of 66 selected students and has been featured at Concordia, Dorian and St. Olaf. To be apart of CIS you have to audition with Mitchell. CIS works alongside Century College who gives the students college credit for being apart of this group. They meet daily for about 65 minutes and have students from each grade. 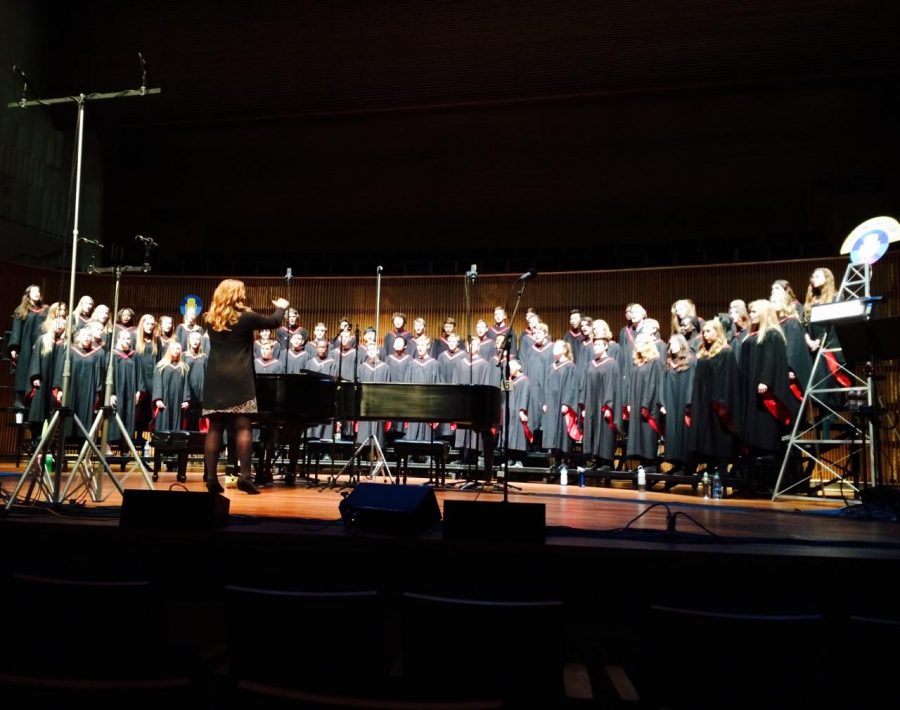 Gallery|3 Photos
Angela Mitchell
CIS choir travels to different college campuses to perform and receives college credit from Century. They were recently featured on NPR radio station after being chosen by "From The Top" organization. Photos are courtesy Angela Mitchell.

Senior Camryn Davis said, “I’ve stayed with choir throughout the years because it’s where I have made friends, I love singing and I have learned a lot about music.”

Choir is a deep part of Stillwater’s history. Dr. Erik Christiansen has been a part of the choir staff since 1988, but sought out to find a colleague. He was given a reference for Mitchell who then joined the choir family and together they teach students strong vocal techniques and help them bring the music to life.

“Tykus was my favorite piece we recorded for the NPR radio show because it’s in double choir which means the choir is split into 8 parts. It has a really interesting sound,” said senior Ava Coleman.

CIS choir and other Stillwater choirs alike will continue to work hard and make their names heard in the world of choir. They are all very proud of their success with the radio show.

Gilsdorf said, “I would recommend joining choir if you are interested in music even in the slightest because it is such a tight community where we learn to really appreciate the music for what it is.”