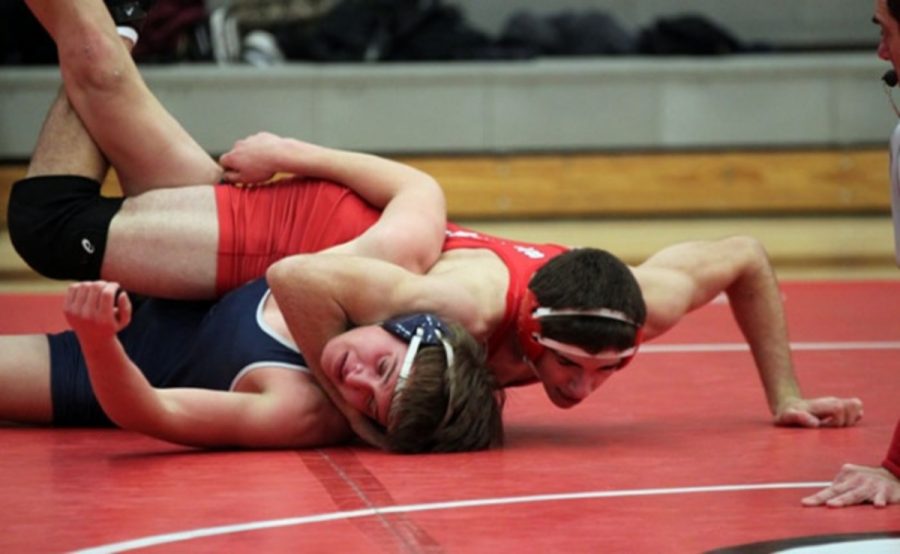 Gallery|5 Photos
Photo courtesy of Stillwater Area Wrestling- "Weiss with the pin" Senior wrestling team member Connor Weiss pins down Hudson wrestler during the team's first round victory "It felt good to get this win, it was a hard fought match," Weiss says.

Tim Hartung, the new coach for the wrestling team, is more than just an  average coach. Hartung was a two-time NCAA champion while he wrestled for the Minnesota Gophers. He also participated in the Olympics, and has coached many Olympic participants.

With the task of adjusting a player’s style of wrestling to that expected by a world class wrestler, who also happens to be the new coach, most people would think that this is a year that will be more oriented towards development than success. The team on the other hand, is preparing for the exact opposite. They believe the new skills brought by Hartung will help them significantly, and maybe even give them the ability to bring home a state title.

“The team is adjusting to the new coach and his style of wrestling. He knows how to work us to compete at the highest level we can, and most of the team is glad that they have the opportunity to be coached by someone of his skill. With coach teaching us new styles to bring to the mat, I think we could go far this season,” sophomore captain Will Harter said.

He knows how to work us to compete at the highest level we can, and most of the team is glad that they have the opportunity to be coached by someone of his skill.”

After doing well in the first dual of the season on Dec. 1, the team is feeling confident going into the rest of the year with their newest addition to the team. They have done consistently well in the past, ending in the section finals during last year’s season. With the addition of a new coach, sophomore Blake Evensen believes they have a shot at the title this year.

“I think we have a good shot at making it to state this year. Our biggest rival is Centennial, who beat us in sections last season. As the season goes on we will see how we match up with them, but I think it will be a close match that could end up going in our favor,” Evensen said.

Trying to follow in the successful footsteps of last season, the team captains have spent lots of time connecting with coach Hartung, trying to learn his strategies and help get the team on the same page. Yet most wrestlers and members of Stillwater Area Wrestling have the same question, how will a new coach be able to pick up a brand new team, and bring them further than they previously went?

Overall with Coach Hartung coming to the association, the wrestling team is looking stronger than ever. Both the players and their coaches believe that this season will be based on hard work and adaptation, but at the end of it all, the outcome will be positive.

“Our new coach has experienced all levels of wrestling from youth to the Olympics and because of that he brings a lot of knowledge to the wrestling room. He teaches some different moves than the other coaches, but he knows how to adjust his teaching to however each individual team member likes to wrestle. Because of his ability to adapt moves to each wrestler, he can really help bring success to every player,” captain Peter Hagel said. 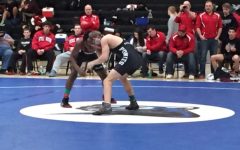 Wrestlers cut back to make match