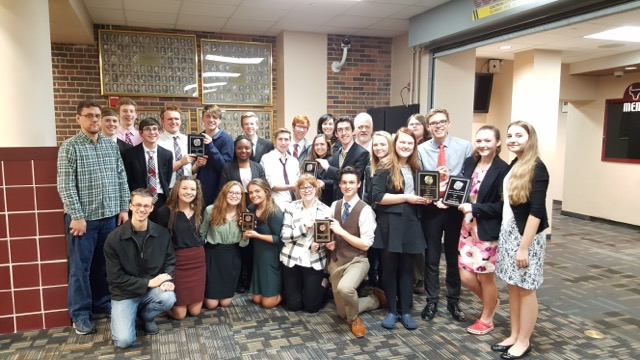 The Stillwater Area High School Classic Debate team, coached by Laura Hammond and Corey Quick, competed in the state tournament Dec. 2-3, at South St. Paul High School.  Students, who came from fifteen schools around the state, debated the topic of increasing US military presence in the South China Sea as a way to deter Chinese expansionism.

In the varsity division, the team of junior Noah Schraut and senior Governess Simpson advanced to the final round, but were defeated by a team from Orono.

In the novice division, the semi-final round featured three of the four advancing teams from Stillwater.  Teams advancing included freshman Grace McDonough and junior Brie Johnson, junior Adam Johnson and senior Brian Jaap, and sophomores Cecelia Montufar and Connor Kilkelly. Rather than compete in the final round, the teams of McDonough-Johnson and Montufar-Kilkelly agreed to split the championship.