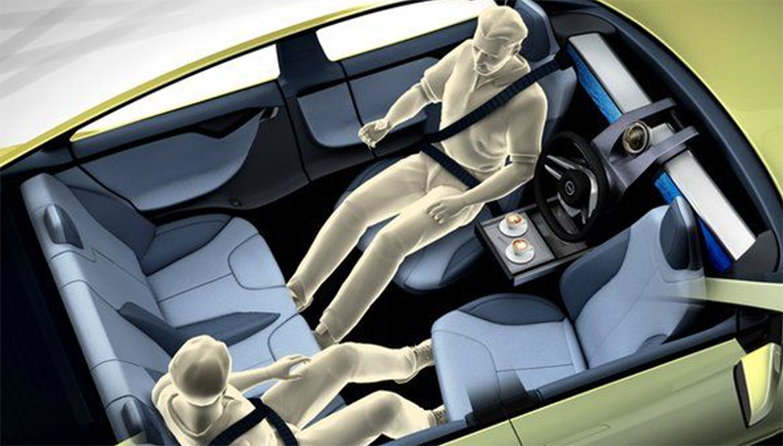 Who could have imagined that humans would have cars that drive themselves. Research for a new type of vehicle has been on the rise. Companies such as Google, and even Apple, have been researching; in Google’s case, even developing cars and prototypes have been released and started testing. Even so, such technological advances have their downsides.

These vehicles will be equipped with sensors that detect surrounding cars and backs off or speeds up when necessary. They also use what is called a lidar, a combination of light and radar. It uses small bursts of illumination, which bounce off of regular surfaces like buildings and people in a certain area. E-stop buttons and remote start buttons are for the passengers in the vehicle. These technological advancements have their own flaws. Lidars can get thrown off by reflective objects and surfaces and even bad weather.

These driverless cars would be completely self-controlled. There is no remote, only sensors protecting passengers from potential harm. The passengers only have an emergency stop button and a remote start button. The devices would be mostly for emergency purposes. Otherwise, passengers could sit back, relax, put in a favorite movie or favorite song and enjoy the ride. It certainly sounds good, but for those that enjoy driving, or even those who make their living off of driving, this could be an issue.

Uber drivers or people that just enjoy the driving experience could have issues with these self driven vehicles. Driverless cars could potentially damage companies such as Uber or businesses like Uber. Having companies that make their money by having people drive other people around could become non existent or obsolete, putting a lot of people out of a job or a way to make a little extra money on the side.

Senior Callie Bischoff said, “If a new company was created that primarily used these driverless cars, it would most likely put companies like Uber out of business. These cars would be cheaper to operate.”

Another reason driverless vehicles are dangerous for civilian use is hacking. Especially in today’s world, hacking is a bigger problem now than it ever has been, and the fear is growing. With a click of a button, someone in a shack a mile away from anyone, could have control over someone’s phone, laptop or even car. With programs such as Metasploit, it’s easier now for people to get around security systems.

If important people, celebrities, high level church authorities or high ranking business people, would use these vehicles to get around the certain city they are staying in, nothing is stopping someone who hates them from taking control of the vehicle and crashing it. Even with all the new technology, anything is possible.

…With any new technology there are going to be unknowns that may lead to danger.”

With any technology there are reasons to fear that they might malfunction. The lidar that the Google car uses has been known not to detect reflective surfaces and not to work in slightly bad weather. The sensors also are not accustomed to the busy and random situations in urban areas.

This not only creates a dangerous situation for the passengers, but also the people in the surrounding areas. A biker could be hit, the car might not know what to do and get rear ended.

“It could be a threat to the safety of families” junior Shane O’Brien said.

Unless companies are one hundred percent sure that these vehicles are safe for urban areas they should put back development until then.

The problems with driverless cars far outweigh the positives of them. Right now there are too many potential dangers for these vehicles to be street legal. Companies need to work out all the big problems and all of the small ones if they want driverless cars out on the road. They are technological advancements in their own right, but as of now the risk is too great.

Bischoff said, “I think they are both. With any new technology there are going to be unknowns that may lead to danger.”