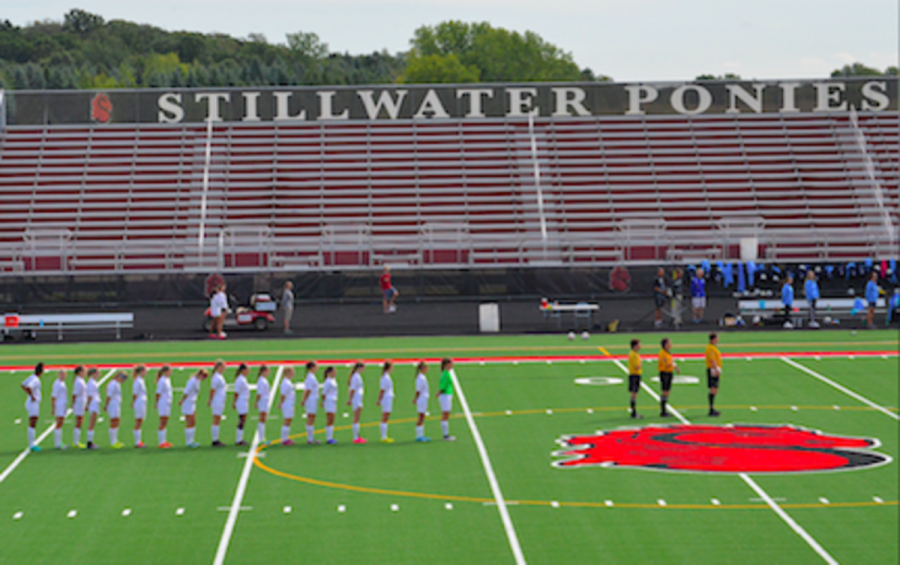 Photo Courtesy Wendy Clements- This photo was taken on September 25, 2016 at the Stillwater High School soccer field. The people in this photo are Hannah Anderson, Lauryn Gosso, Megan Howard, Olivia Knox, Lexi Feyen, Nicole Ingram, Molly Connors, Kallie Clements, Evelyn Flor, Hannah Beech, Abby Begin, Alyssa Lammers, Macala Vilme, Ava Pagnucco, Julia Bernard, Emma Anderson, Dara Andringa, Halle Peterson and Evie Kohn. This soccer team is a family and are always supporting each other on and off the field. They work as a team and make each other better.

Senior captain Kallie Clements proved to be a great role model for the girls of the Ponies soccer team this season, helping them complete a very successful and nearly undefeated season. Because of her leadership skills, success on the field and hard work during both practice and game, Clements was selected by the Minnesota State High School League to play in the post season All-State soccer game.

The All-State team is a post-season team that is put together and made up of players who are recognized state-wide and ranked best player of their position in the entire state. Being selected as an All-State athlete is a big deal for both the player and their association, because it shows the development of a very talented athlete.

“It feels so great to have this final chance to play high school soccer. I can’t believe I have already done my time as a player for this team; it seems like yesterday that I made the cut for the first time. Looking back I had the best experience and I plan on working as hard as I can to leave an impact on my teammates,” Kallie said.

Kallie approaches her duties as a captain seriously, and that is a major part of why she is such a good role model for the team and why she is able to work so hard and influence the game in the way most beneficial for the team. A combination of determination and passion is one of the major reasons why she was picked to play as an All-State athlete.

She is so dedicated to the team and really has a bond with every single player.”

“Kallie helps our team so much both physically and mentally. She is so dedicated to the team and really has a bond with every single player,” senior Lexi Feyen said.

Being selected to play for the All-State team is one of the biggest honors that a player can achieve as a high school athlete, but it doesn’t come easy. During the season and the offseason Kallie dedicated a countless amount of time to soccer, not only to be the best that she could be, but also for the sheer love of the sport.

“She truly deserved everything that she has earned. She worked so hard this season to keep us motivated and help us play our best. Without Kallie our team would have been so different,” senior forward and captain Hannah Anderson said.

“She loves the game with a passion and because of that passion she has a drive like no other player,” junior Lauryn Gosso added.

With all the success that both the boys and girls soccer teams had this season, it’s clear that the captains excelled at their jobs. Now at the end of her high school career, Kallie stated, “I made a lot of great memories,” and the team, coaches and association will miss her leadership in the seasons to come. 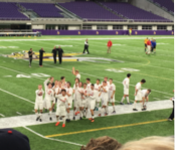 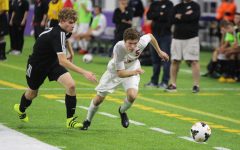 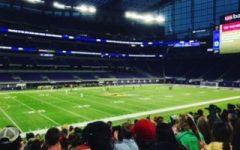 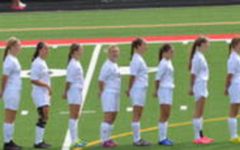