America has been one of the top countries in the world when it comes to sending astronomers into space and collecting information. The argument of space, with intersections of climate change has been an issue for countless years. In early 2015, former Republican candidate Ted Cruz proposed that climate change does not exist, and that therefore we should focus on solely outer space without putting Earth into consideration. Since, this has been a serious topic for the election.

Prior to Donald Trump winning presidency, Hillary Clinton had a serious plan for space programs that took both unexplored parts of space and the Earth into consideration. Clinton’s plan included focusing on space science, collecting information from unexplored parts of space, creating stronger coordinations between companies, including internationally. This plan is meant to help astronomers and Americans alike become more educated on space in general.

Clinton weighed in on this issue in a recent presidential debate, she said, “Space is a critical component of our efforts to keep America safe, encompassing communications, missile-warning, navigation, and reconnaissance. We must both advance our technological capabilities and ensure the operational readiness of our military space efforts, while keeping costs down.”

Trump says that climate change is a hoax created by China, and does not think that space programs will further our education on climate change. Although, studies have shown differently. Space programs have helped improve predicting extreme weather, gave us a better view on glaciers melting at an alarming rate, etc.

Lee Menzel, a junior and lover of astronomy, said, “Climate change is an issue. It’s changing our atmosphere and causing our oceans to rise, but we can send space vessels and help correct these issues.”

Space is a critical component of our efforts to keep America safe, encompassing communications, missile-warning, navigation, and reconnaissance. We must both advance our technological capabilities and ensure the operational readiness of our military space efforts, while keeping costs down.”

The expansion of space programs also includes, but is not limited to the want to send American astronauts to Mars by 2030. In early October, President Barack Obama discussed his ideas toward this issue in an op-ed article on CNN, “We have set a clear goal vital to the next chapter of America’s story in space: sending humans to Mars by the 2030s and returning them safely to Earth, with the ultimate ambition to one day remain there for an extended time,” he wrote.

With Trump as president-elect, these plans may not suffice. His plans for NASA and space expansion are as follows: “It is very sad to see what Barack Obama has done with NASA. He has gutted the program and made us dependent on the Russians,” […] “Right now, we have bigger problems — you understand that? We’ve got to fix our potholes.”

On the contrary, secretary Clinton wants to do the most with NASA. At a 2015 Town Hall, Clinton expressed her love for space, saying, “I really, really do support the space program.” Additionally, Clinton wanted to put money toward learning and investigating UFOs.

Many Americans, primarily Clinton supporters, are worried about the future of this country under Trump’s presidency when it comes to NASA. This mostly goes for astronomers/scientists in general and lovers of astronomy alike, and even young children aspiring to become an astronaut one day.

Clinton herself wanted to be an astronomer when she was just 14. She wrote to NASA asking what she needed to do to become an astronaut, and the space administration told her that “girls were not allowed to be astronauts.”

Clinton, and hopefully the rest of America, likes to think that times have fortunately changed since. In a recent concession speech, Clinton made the infamous statement, “To all the little girls watching this, never doubt that you are powerful and valuable and deserving of every chance and opportunity in the world.”

Overall, Clinton and NASA still remain optimistic for the future of space exploration, along with over half of Americans, former Democratic nominee Bernie Sanders, and President Barack Obama.

A section on NASA’s website entitled The Importance of Exploration, reads, “The parallel with what is happening now, despite renewed attempts at space exploration, is striking. Some day historians will be writing about whether or not WE chose wisely, not only to make a proposal to explore, but also to fund it.” 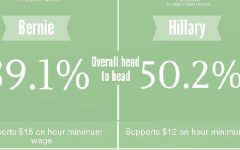 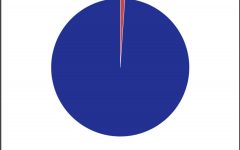