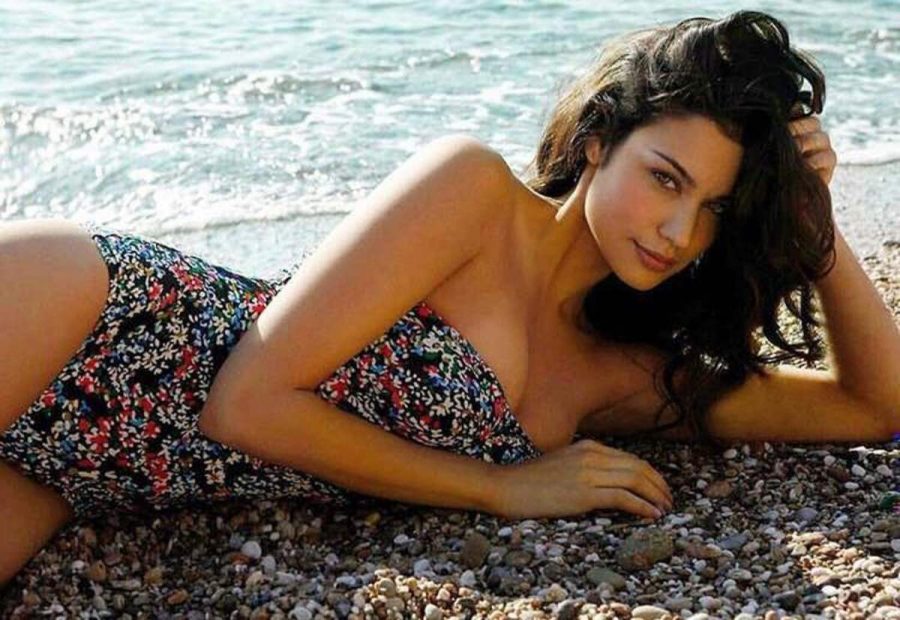 Gallery|5 Photos
Courtesy of Alex Hanson
Shot of Alex Hanson on a beach in Greece. "Being able to travel to places like Greece is an amazing opportunity and I know I am very lucky experience these things at a young age."

“Growing up I had thoughts of being a model. I would day dream about it in high school.” Alex Hanson, a graduate of SAHS is now living her dream with a career as an up and coming model.

She started off as a student at NDSU. After a semester she realized that wasn’t where she wanted to be. She took a leap of faith  and moved to Florida. When she was approached by the owner of an agency, she took a chance and moved to Miami. After being given a complete makeover, she was thrown into the world of modeling. Hansen now lives in New York and has signed with one of the top ten agencies in the world, Major Modeling in New York.

Hanson did small modeling jobs in high school but has now expanded her career to major magazines and commercial modeling. She has booked jobs ranging from Colgate commercials to posing for Sports Illustrated and recently signed with the department store Kohls. Hanson loves being emerged in the world of fashion.

Although this a pressure filled occupation, she has managed to stay true to herself and not conform to industry pressure.

“She did not fall into the cliche of a typical model lifestyle. Alex is in her element and I love her for it,” Alex’s mom Julie said.

Modeling has taken Hanson to amazing places such as Greece and London. Although traveling is the best part of modeling she says, it is also the worst.

I am not sure where I want my career to go, but right now I am very fortunate to be able to do the things I do and make a good living doing something I enjoy.”

“Living in New York, and being away from my mom, dad, grandparents, sisters, friends isn’t easy. I have missed out on a lot of family events as well as watching my 3 sisters ( senior Taylor, junior Andria and freshman Ryann)  grow up”, Hanson said.

Family still comes first for Hanson. Even though the life of a model is chaotic with time commitments and travel, she still makes a point to come home as often as she can. She wants to still stay a big part of her sibling’s lives even from 3000 miles away.

It has not always been that way. Modeling has turned Hanson’s life around. Growing up she struggled with her relationship with her parents and wasn’t a good role model for her younger siblings. Having a career she is proud of and a life of her own has changed her perspective. She wants to encourage her siblings to do what they love to follow their dreams.

Her sister Annie said, “Alex has worked very hard to get where she is and I am a very proud sister.”

As Hanson’s career has expanded, so has her future. Her love for the fashion industry has sparked interest into one day becoming a designer.

She is becoming not only a model of beauty but a model of perseverance to others. “I am not sure where I want my career to go, but right now I am very fortunate to be able to do the things I do and make a good living doing something I enjoy.”