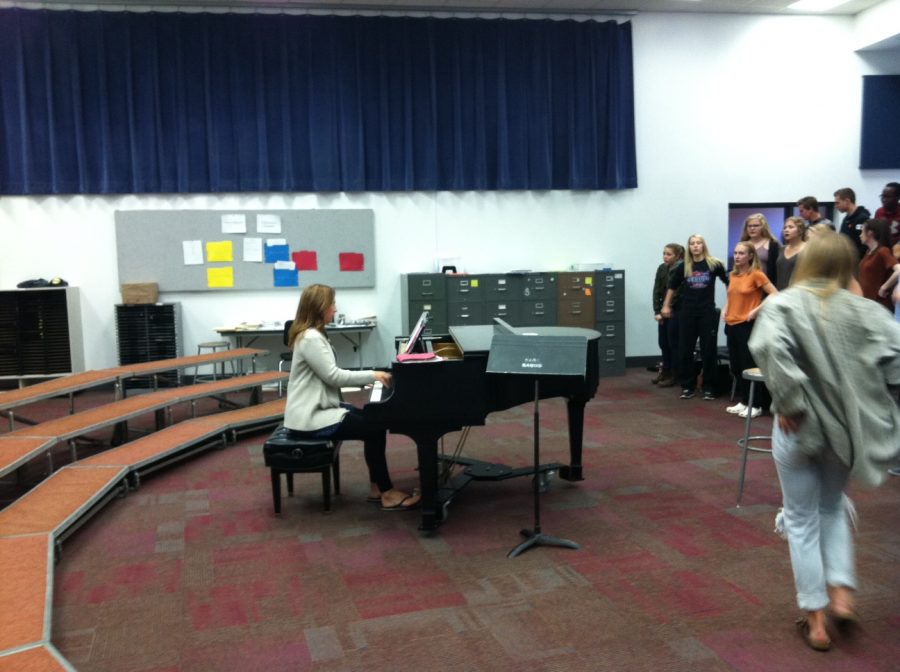 The bell has rung, and Mrs. Mitchell begins taking the students through Warm-ups, to prepare everyone's voice for a rehearsals worth of singing. She has her own style of running the choir through warm-ups, usually including some variation of a scale or pattern to both prepare students' voices and their minds to learn. Her reason for warm-ups is not only to prepare, but "to make sure everyone knows what they are doing, whether it be singing in tune or following along."