In recent politics, immigrants have been treated with hostility,  but a lack of diversity could be damaging students. In a state known for its inclusiveness, Minnesota stands out for its cultural sameness. The stigma and lack of knowledge about immigrants could be a negative thing for Stillwater students.

Following Presidential candidate Donald Trump’s obvious distaste for newcomers to America, many students  are either opposed to, or uninformed about immigration and the effects it could have. While St. Paul has taken in large numbers of immigrants from Somalia and Laos, Stillwater has fewer immigrants to this community. The lack of awareness towards other cultures and ideas hinders Stillwater students from experiencing new cultures that could further their learning environment.

Immigration could be a great way to open the minds of many students. Senior Alexander Pavlicin said, “I have a friend who is in the process of getting his citizenship, even though he’s lived here since he was two months old. I’ve come to know him very well and I’ve come to learn a lot about Indian culture and the way that life works in India and the differences and similarities it has compared to here. I’ve become much more open minded because of the experiences that I’ve had in talking to him and learning about his culture.”

Every country has different ways of solving and thinking about problems. Whether it is how to do long division or how to celebrate a certain holiday, seeing another perspective on it from another culture gives a student a more surrounding knowledge of the subject.

Junior Sophie Oubaha said, “I feel like a lot of Stillwater kids are not exposed to a lot of different cultures or socioeconomic backgrounds. So this kind of creates a separation between them and the judgements they might be making about these people without really being informed. So I think ‘not knowing’ is something that can cause a lot of big problems.”

Sophie’s father immigrated from Morocco to attend the University of Minnesota for a better education, which she believes has given her a better perspective on how immigrants could assimilate into Stillwater.

Because of Stillwater’s lack of diversity, many of its students may not be prejudiced against immigrants, but they are unaware of the details of how exactly immigrants and other cultures would add to Stillwater. According to a demographic study conducted in 2000, Stillwater is actually 97.52 percent white. For many of the students who are opposed, they have never been personally affected by immigration or witnessed it in large amounts, allowing their ignorance to turn into a fear or distrust. While immigrants are seen from afar as a “political issue” on television or in the newspaper, they are not seen as humans who have the possibility to better the learning environment of Stillwater.

I feel like a lot of Stillwater kids are not exposed to a lot of different cultures or socioeconomic backgrounds. So this kind of creates a separation between them and the judgements they might be making about these people without really being informed. So I think ‘not knowing’ is something that can cause a lot of big problems.”

Unfortunately, prejudice has infiltrated nearly every aspect of the idea of immigration becoming a common thing in Minnesota. According to Mike Fernandez of the Star Tribune, “We share a 547-mile border with Canada, and most of us do not appear to be threatened by the other side.”

Prejudice and stigma towards immigrants who come from specifically Islamic and Hispanic countries has become much more noticeable as of late. Extreme views by Trump only further the ignorance and lack of education that fuels this prejudice. Many believe that Hispanics immigrants are bad, simply because that is what they hear Trump say on TV. Or those who believe that all Muslims are extremists and should not be allowed into the U.S., because they do not understand the definition of an extremist compared to their religion. All prejudice can be eliminated or seen through simply by educating oneself on what they are prejudiced about.

Another argument that often pops up from Stillwater students is the effects many St. Paul schools from a large influx of immigrants. They were forced to merge English-learning classes into special ed and lower level classes, resulting in a sudden increase in violence, decrease in test scores and unfortunate cultural opposites. The way the immigrant students were handled in St. Paul was negative and detrimental to many, however, according to Fernandez, immigrants bring $12 billion to Minnesota annually, as of 2016, a fourth of which goes back into taxes. With this new money, budgeting is less likely to run short, not to mention that Stillwater is a wealthier and more supported school district. SAHS also learned its lesson from St. Paul’s mistakes and knows better than to try and recreate them.

Stillwater as a community would no doubt be a great place for immigrants to come to, but it would also be somewhere that could learn a lot from immigrants. Prejudice and ignorance brought on by incorrect facts, lack of understanding, and ignorant politicians are things that Stillwater is much too smart for. Pavlicin said, “When immigrants come to this country and they’re your next door neighbor or they’re in close proximity to you or even in your own school, you’re able to understand more about what people believe and gain a better understanding of culture as a whole.” 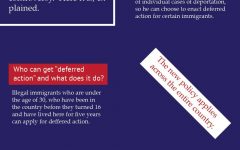 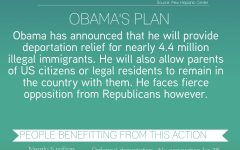