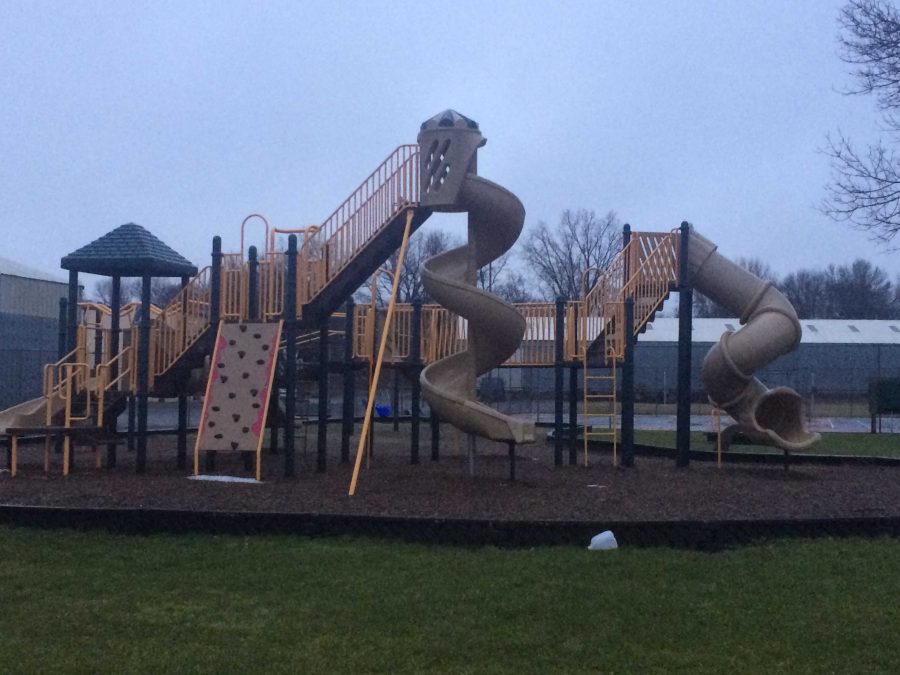 The park is the second largest in Stillwater, besides Lake Elmo Park reserve. With all the new housing going into Lake Elmo, this park could be a popular destination for new kids and families. Lion’s Park is also home to Huff N Puff, a popular softball tournament. Ridgway explains, "Huff N Puff is kind of a big deal for such a small town. It would be nice for the community to have a nicer ball field for everyone to play on. I feel like a lot of people would want to spend more time at Lion's if it had nicer tennis court, basketball hoop and playground as well. I would definitely miss the old park I grew up with, but only positive things can come from new renovations."

Where can a student go around Stillwater to play baseball, basketball, tennis, volleyball and even ice hockey? Lions Park is one of few. Just a short drive from the high school in downtown Lake Elmo, this 3.2 acre park has been around for quite some time and is currently home to Lake Elmo Baseball. The park has two baseball fields, a tennis court, playground, even a volleyball court. Some major renovations could be expected in the near future as well.

With Lake Elmo going under major construction, including a plan to add 1,824 new homes as reported by the Pioneer Press, Lake Elmo is one of the fastest growing communities in Washington County. All these new homes, means more families and kids. Lion’s Park, a popular destination for many in Lake Elmo, is looking at a new $150,000 cost to renovate to a new ‘Fields of Dreams’ ballpark.

According to the Stillwater Gazette, “Lake Elmo Parks Commission chair Shane Weis came before the city council Nov. 4 requesting permission to work with an architect who specializes in ball fields with a vintage theme. Weis told the council this project is on the parks commission capital improvement plan (CIP) for this year.” This new plan would add a new, but vintage style looking baseball field. If voted on, renovations would be set to start building in 2016.

“The idea of a classic, updated field sounds great. When I think of Lake Elmo, it’s hard not to think about its history. Downtown Lake Elmo is such an interesting and old place it just seems right to have an old baseball field. Being able to recreate the feeling of an authentic classic baseball field but with updated assts is such an excellent idea. It could only make the kids baseball games and Huff N Puff more enjoyable for the player and the spectators,” said senior and Lake Elmo resident, Brock Ridgway.

This plan which has not yet been voted on, has some support from residents, but there are some that are still against updating Lions Park. Although this plan would be funded from taxes, there would still be an upfront fee coming from the city’s parks fund.

“Even though Lions Park is a classic park, it is still one of the more run down fields in the vicinity of Lake Elmo, but I don’t think this would be a good use of resources. With the new housing developments going into play, I feel that they should be more focused on that rather than trying to renovate Lions Park,” senior Wyatt Miller explained.

One of the most popular events in Lake Elmo is Huff N Puff which occurs every August. This giant, winner take all, softball tournament attracts thousands of players and spectators. The tournament is held at Lions and Tartan Park, although the main field is played at Lions Park. Updating the park could help with this large, yearly event.

Ridgway explained, “Huff N Puff is kind of a big deal for such a small town. It would be nice for the community to have a nicer ball field for everyone to play on. I feel like a lot of people would want to spend more time at Lions if it had nicer tennis court, basketball hoop and playground as well. I would definitely miss the old park I grew up with, but only positive things can come from new renovations.”

Whether or not this plan passes, Lake Elmo could potentially expect major changes to their local park. Lions Park is a popular destination for many residents, and with this new change, people can expect a more new, vintage style park where kids and adults can play and remember how good it feels to be a kid.