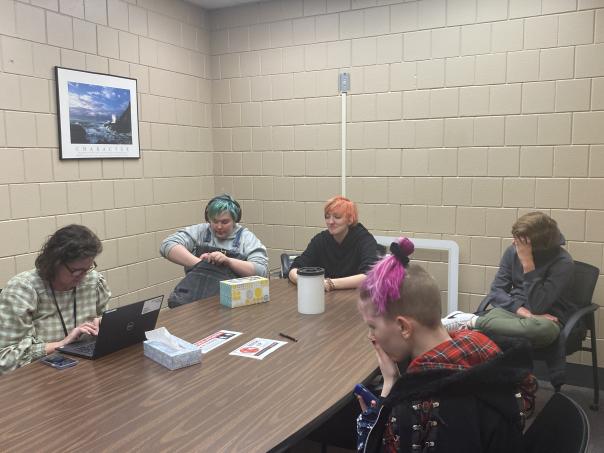 The GSA club is advised by registered nurse Melissa Fischer. The club meets weekly to discuss LGBTQ+ topics within the community. They focused on the “Don’t Say Gay” bill and how it harms other queer youth.

The “Don’t Say Gay” bill introduced in Florida is working to restrict discussions of sexual orientation and gender identity within public schools. The bill has passed in the state’s House and Senate, and received a signature from Gov. Ron DeSantis on March 28, and is now law. This is detrimental to the health of school teachers and LGBTQ+ youth.

The law, titled Parental Rights in Education, states that it will ban classroom instruction about sexual orientation in kindergarten through third grade. It will also discourage these lessons in other grades if they are not “age-appropriate” or “developmentally appropriate.” This legislation will lead to the bullying and attack of openly LGBTQ+ students or school staff.

A major issue with the law itself is that it does not define key terms within it. The writing leaves terms such as “age-appropriate” or “developmentally appropriate” undefined. The term “classroom instruction” is also not defined, which leaves many questions for teachers. Many do not know much about what the law would do because of how vague it is.

When asked what she knew about the “Don’t Say Gay” bill, Melissa Fischer, registered nurse and GSA advisor, said that she “did not know the other pieces of it. It’s not just to prohibit instruction. Instruction is actually listed in the bill. Discussion is not, but the preamble has instruction and discussion.”

This becomes an issue because many teachers will not understand how to comply with the legislation. Teachers are likely to over censor their speech. They will do so in order to protect themselves from being sued or be accused of violating the law. Florida Republicans are using uncertainty to terrify these teachers and schools into complying.

Many would be uncomfortable within their schools due to the inability to stay true to themselves. How many queer teachers would need to hide their private life just because they are in a same-sex relationship? Are trans and non-binary people no longer “age-appropriate” for school? The bill has raised many questions among teachers, students and other legislators. Now that the bill has received a signature, educational institutions may be quick to strike down any mention of gender identity and sexual orientation in order to avoid lawsuits.

Children in kindergarten through third grade are still extremely young. It may not be the best idea to expose them to complex topics, such as queerness, so early in their developmental stages. However, some children know very early on in their lives that they are part of the LGBTQ+ community. School-aged children deserve the right to explore who they are from a young age. This simply will not be possible because the “Don’t Say Gay” bill is now law.

Blocking all discussions of gender identity and sexual orientation will have many negative effects. Children who realize that they are LGBTQ+ at a young age might feel different and excluded. This is inherently wrong. The silence will lead to heightened anxiety, depression, self-harm, and even suicide. Children should not have poor mental health at such a young age just because it is against the law to talk about who they are.

“It could really affect the suicide rates and cause them to go up,” senior Dani Moller explained. “At such a young age, if you know, you know. But if you can’t say anything about it, then who are you going to talk to about it?”

“I didn’t know about it until I was in middle school,” freshman Finley Topel said. “So that’ll probably go longer. Maybe until they go out of Florida. So if they go somewhere else, they might see it, but they probably wouldn’t know a lot about it.”

Now that Gov. Ron Desantis has signed the “Don’t Say Gay” bill into law, the young queer community in Florida will become damaged beyond repair. Other states are unfortunately following with anti-LGBTQ+ legislation, and there is fear of such legislation happening at the federal level. No child should ever grow up fearful of who they are. Protest these harmful bills and help young children feel safe to be themselves. 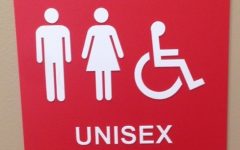 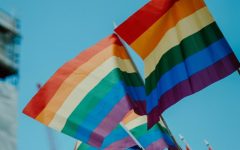 LGBT employees wrestle with Supreme Court over discrimination and protection 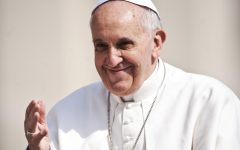